It has shipped more than 8 million copies worldwide since launch, making it the second best-selling game in the series. As with previous Monster Hunter titles, Monster Hunter Rise has the player take the role of a Hunter, tasked with slaying or capturing large monsters using a variety of weapons, tools, and environmental features to damage and weaken them while surviving their attacks. Successful completion of the offered quests provides loot, typically in the form of various monster parts from the monster, which are used to forge new armor and weapons that can be used to take on more powerful monsters, forming the series' notable core loop. All fourteen weapon types that have been present in both Monster Hunter Generations and World, which mix archetypes of swords, shields, staves, bows, and guns, are present in Rise. Rise uses the same seamless map approach introduced in Monster Hunter: World unlike the zoned areas typical of earlier games in the series. The Wirebug, similar to the Clutch Claw added in Monster Hunter World: Iceborne, allows a player to grapple and swing across gaps or to higher locations as needed. Further, the Wirebug allows a player to engage certain monsters in Wyvern Riding, letting the hunter mount and control the creature to a limited degree as to either lead it into areas more amenable for combat or to engage in combat with a different monster. Palamutes are new dog-like companion creatures in Rise. Additionally, Palamutes can quickly scale cliffs and perform attacks while fighting monsters alongside the player's other companion option, the cat-like Palicoes, who return from previous games. Rise features both single player and local and online multiplayer modes with up to four hunters in a group. In single player modes, the player hunts with up to two of any combination of the Palico or Palamute companions. In the online modes, players selects up to one of either the Palico or Palamute to join them. In addition to the series' typical hunts, Rise introduces Rampage, a tower defense mode where the players must defend the base village from several attacking monsters. Prior to and during the attack, the players can set up siege weapons and instruct non-player characters to attack the monsters while the players attack the monsters directly. In Kamura Village, the player-character is informed they have been promoted to a Hunter by the Guild by the Wyverian twins Hinoa and Minoto. They escort the new Hunter to the village leader Fugen, though along the way, the Hunter catches sight of an unknown flying monster far in the distance. 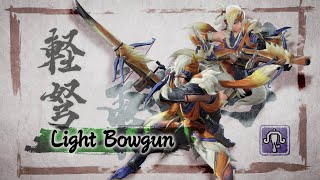 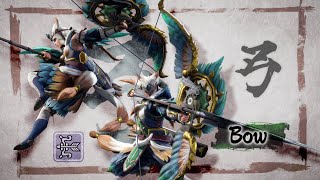 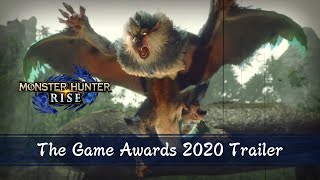 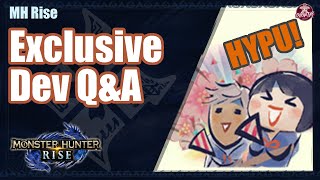 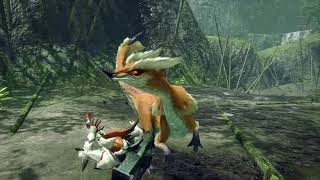 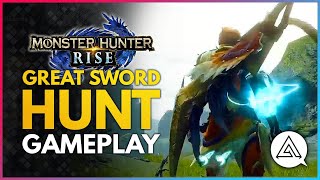 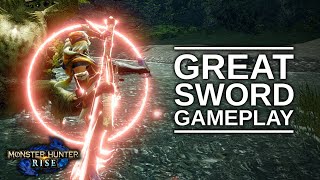 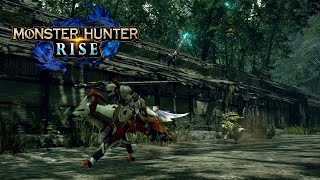 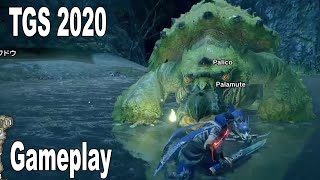 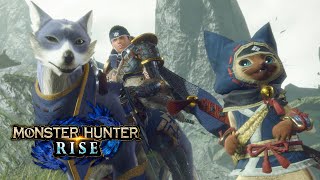