It is the twenty-fourth instalment in the Need for Speed series and commemorates the series' 25th anniversary. The game received mixed reviews from critics, who mostly found the game to be an improvement over the 2015 Need for Speed reboot and Payback but not enough to be a full return to form for the franchise. Heat was Ghost Games' final game both for the Need for Speed franchise and as a lead developer. In February 2020, EA shifted development of the franchise back to Criterion Games—the developers of the Burnout series, Need for Speed: Hot Pursuit and Need for Speed: Most Wanted —and reduced Ghost Games to an engineering studio for the Frostbite engine, reverting their name back to EA Gothenburg. Need for Speed Heat is a racing game set in an open world environment called Palm City, a fictionalised version of Miami, Florida and its surrounding areas. Racing during the night will attract the attention of a rogue police task force that patrols the streets of Palm City, who are tasked with shutting down street racing in Palm City, which can lead players to risk their earned rep against the police or lose their earnings in handcuffs. Pursuits in Palm City can take place during day or night, but the PCPD's response to a pursuit differs depending on the time period. Each heat level also equates to the amount a player's earned rep for a current night session will be multiplied by, should they successfully reach a safehouse or garage. The player is busted when the driver stops and is close to a PCPD unit for a certain amount of time, is completely immobilised during a pursuit, or has depleted their strength bar. The game also features a storyline in which the players interact with the city's police force, led by authority figure Lt. They can also find graffiti, referred to as "Street Art" in the game, and send it to the livery editor to use it on their car. Players may complete "Crew Time Trials" which allows them to complete short timed events in an attempt to get the #1 spot on the leaderboard in their crew. The game features 127 cars from 33 manufacturers, with Ferrari making its return after being absent from Payback due to licensing issues. The player buys their first car from Lucas Riviera , a local mechanic and former street racer, who also helps the player enter their first Showdown race, and becomes their mentor. 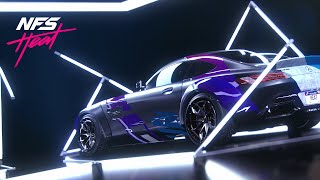