The player takes on the role of a manager for a female livestreamer, making decisions for her so that she can achieve her goal of reaching one million followers within a month. In order to pay for rent, in addition to meeting her parasocial attention needs, Ame decides to commence livestreaming on the internet, where she takes on the persona of "OMGkawaiiAngel" , or "KAngel" for short, interacting with her stream viewers as she dons her wig and makeup. Activities that the player can choose for Ame may involve searching for new stream ideas, spending time together, sleeping, or abusing prescription and illicit drugs; each activity raises and lowers Ame's stats in differing ways. There are 22 different endings to the game, which are encountered based on the player's choices. Game development began in June 2020 under the initial title Needy Girl Overdose. The game's dialogue has a wordcount of over 140,000 in the original Japanese script. Nyalra , who had previously written various literature focused on mental illness, was responsible for the planning and writing of the game, while illustrator Ohisashiburi was responsible for the character designs. There were originally four different female characters with unique personality traits planned during the early stages of development, however it was eventually decided that the final game would only feature a single heroine, combining various personality traits into the one character. The game's theme song is "Internet Overdose" by producer Aiobahn  and vocalist Kotoko, composed and produced in a denpa song style. As of April 2022, the game has sold over 350,000 copies on Steam, with a rating of "overwhelmingly positive" based on more than 5,800 user reviews. IGN Japan notes that the game has merit as a work of satire intended at picking apart modern livestreaming culture and toxic relationships, and praises the game's art and presentation, however criticises the limited choices and gimmicks available to express the player character's persona in different ways, arguing that the player is not given the opportunity to become properly aware of any consequences from their interactions with Ame. In addition, the character of Ame is criticised as more of a "male nerd's delusion" of what girls are like, rather than how women realistically behave. Dengeki Online suggests that despite the gratuitous use of mentally disturbing content, Needy Streamer Overload is a quality piece of work full of expressiveness that can only be delivered through games as an entertainment medium, while also pointing out that players unfamiliar with internet culture may not fully appreciate what the game attempts to portray. A review from ITmedia  mentions that while the game has a few rough areas and bugs which detract from the experience, the game still represents a domestic Japanese indie title with a high degree of preciseness put into it, closely satirising the intended audience's internet addiction while at the same time acknowledging how it forms part of their identity. Another review published by United Daily News in Taiwan compares the game progression experience of Needy Streamer Overload to that of Undertale, in reference to how the player learns more and more about Ame during each subsequent playthrough to unlock all the endings. While acknowledging that that game's themes may be too heavy for some audiences, it claims that the game is a "masterpiece" for players who enjoy the premise of exploring menhera issues and are fans of denpa culture, and also praised the official Chinese language localisation of the game, especially in regards to its use of Chinese internet memes, claiming that they accurately express the mood of the original Japanese script while still maintaining some degree of familiarity among the audience. Everyeye.it  provides a comparatively more critical review of the game, claiming that it is a disturbing and morally problematic title which uses ambiguity to hide the player's evident hatred towards Ame, as observable through the player's ability to torment her, and how the game rewards players who choose to ignore repercussions on Ame's mental health when allowing her to overdose on drugs and slice her wrists in order to progress through the game and unlock new scenarios to explore. The review also criticises the game's lack of sagacity when utilising shock value, suggesting that such usage moves beyond parodic intent. South Korean gaming magazine Inven  praised the game's chiptune soundtrack and overall atmosphere, however criticises the game's short length and the repetitive nature of progressing multiple playthroughs to unlock each ending, claiming that unlike other "raising simulators" such as Princess Maker which feel rewarding as the game goes on, Needy Streamer Overload may not provide the player with as much of a sense of accomplishment, despite being a game with a similar premise. 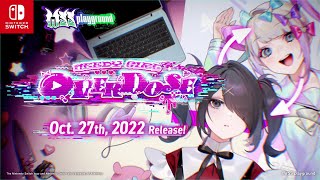 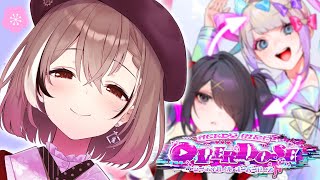