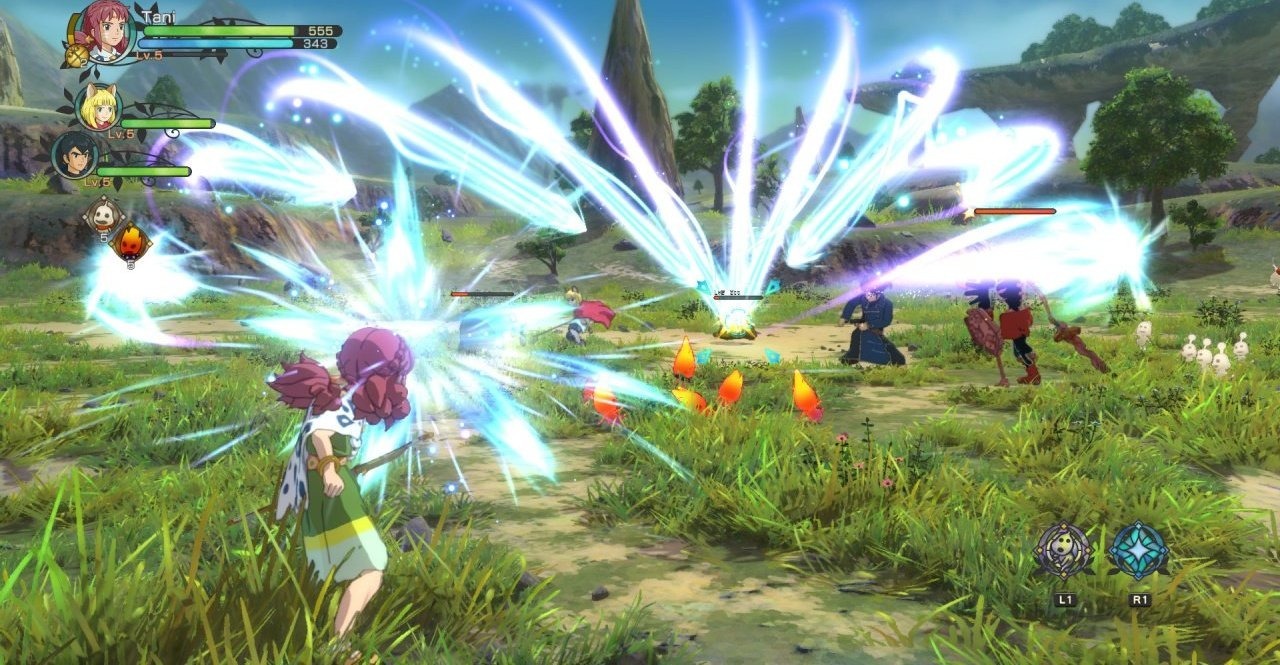 Feature: Ni no Kuni II Combat - What's Changed and Is it Better or Worse than the First Game?

Okay, so what's changed in Ni no Kuni II? Well, first of all, the sequel opts for a combat system that's totally real-time and action based. What this means is that there's no waiting around for bars to fill or energy to replenish -- you're free to move, attack, defend, or evade whenever you want.

Aside from an item menu that pauses the fight, there are no action menus or move lists to worry about, either. Attacks are assigned to face buttons on the DualShock 4, and holding down R2 brings up a simple special move wheel, with X, circle, square, and triangle each mapped to a different technique, skill, or magic spell. It's all very intuitive.

These are definitely some major changes to the battle system. And the changes look like they have some big trade offs. Overall, the battle system in Ni No Kuni II looks a little more simpler, yet a bit more fast paced. From what I read, it sort of reminds me more of Tales of Berseria's combat as opposed to a turn based battle like the older game has.

Whenever I hear someone tell me the combat system will grow on me, or any part of the game, that's usually a pretty large red flag to me. I am really hoping these changes turn out well and make the game better than the first.