PGA Tour Golf is a golf video game and the first in the PGA Tour game series. The game includes variable wind conditions which affect where the ball will land. Before starting each course, the player is given a three-dimensional view of the hole, and the camera pans from the hole to the player's starting position. The latter version is a conversion of the Genesis version, which was converted from the computer version. The Amiga and Genesis versions received some praise for the fast loading times of each new screen.Amiga Action stated that PGA Tour Golf stood out from other golfing games with its various features, while concluding that it could appeal to non golf fans. Phil Campbell of Australian Commodore and Amiga Review believed the game was better than Mean 18, with superior graphics, improved views of the course, and more game options. The One, reviewing the DOS version in 1990, stated that the game had a perfect balance of realism and simplistic gameplay.The One reviewed the Amiga version of PGA Tour Golf in 1991, giving it an overall score of 92%. They called it a "brilliant conversion" of the PC version, and further expressed that it "has retained the energy and playability of the original PC version." The One criticises the 'fly-by' feature as 'jerky', as well as the game's frequent disk-accessing, although noting that the latter can be disabled though settings, and expresses that these grievances cause "nothing major lost from the gameplay." The One praises PGA Tour Golf's sound effects and attention to detail, furthermore stating that "PGA Tour Golf is the best golf game currently available." Sandra Foley of Amiga Computing stated that Electronic Arts "managed to come closer than any other to simulating actual golf." However, she criticized the lack of female golfers, the bland graphics, the minimal sounds, and the inclusion of "one of the worst loading tunes I've ever heard."Amiga User International praised the replay modes and considered the game superior to Leader Board, but criticized Hubbard's musical score as a "grating series of fanfares".Amiga Power considered the game easy and addictive, and called it a worthy successor to Leader Board, but noted that it did not introduce any new features among golfing video games.ACE praised the game and stated that it would appeal to experienced and inexperienced golf players. Raze reviewed the Amiga and Genesis versions; their presentation was praised, but the Genesis version was considered superior for being easier.Mean Machines praised the Genesis version, including its multiplayer option. The magazine concluded that it was superior to Arnold Palmer Tournament Golf, and stated that it would appeal to golfers as well as people who normally would not purchase golf games.VideoGames & Computer Entertainment praised the realism of the Genesis version and considered it an impressive conversion of the computer version, while calling it a "thoroughly entertaining, challenging and complex golf simulation." However, the magazine criticized the graphics, considering them inferior to Arnold Palmer Tournament Golf.AllGame's Jonathan Sutyak praised the Genesis version for its realism, but felt that the graphics could be better. Reviewers for Electronic Gaming Monthly praised the sounds of the Genesis version but had varying opinions about the graphics; they considered the SNES version to be average. Jonathan Davies, writing for the U.K. magazine Super Play, criticized the SNES version for its "horrible" colors, jerky camera scrolling, and unrealistic ball movements, but stated that it played as well as the computer versions and was enjoyable. Davies concluded that it was not the best SNES golf game but that it was a "reasonable stop-gap until something better makes it over to this country."N-Force considered the swing animation in the SNES version to be somewhat jerky, and stated that the swing control method was inconsistent and frustrating. The magazine criticized the bland graphics and minimal backgrounds, but praised the fast and smooth animation of the ball while it is in flight to the hole. Mean Machines praised the Master System version, considering it the console's best golf game. 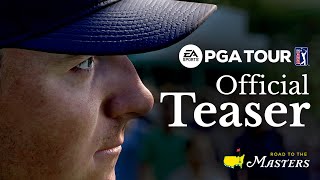