2
Backlog
Phoenix is featured as the protagonist in the first three games of the series, appears as a supporting character in the fourth and returns as one of the protagonists for the fifth and sixth games.
First Release October 12, 2001
Last Release December 11, 2014
Posts Ratings Similar List ⋮

Phoenix "Nick" Wright, known as Ry?ichi Naruhod? in the original Japanese language versions, is a fictional defense attorney in Capcom's Ace Attorney video game series. Phoenix is featured as the protagonist in the first three games of the series, appears as a supporting character in the fourth and returns as one of the protagonists for the fifth and sixth games. The character has also appeared in film, anime and manga adaptations of the series, a Japanese series of musicals and stage plays, and crossover video games such as Professor Layton vs. Capcom 3. The idea of a lawyer was conceived when director Shu Takumi was searching for ideas for a game in which the player could discover lies or contradictions in statements. His first name is also a mythical reference: to the phoenix, known for "rising from the ashes", an allusion to his almost impossible comebacks, or "turnabouts", during trials. This is referenced in the first game, in which the fifth case is titled "Rise from the Ashes". The nickname "Nick" was chosen based on its believability and similarity to the sound of "Phoenix". At the time of Phoenix Wright: Ace Attorney, Phoenix is a rookie defense attorney who usually accepts murder cases, attempting to exonerate his clients when there is seemingly incontrovertible evidence and testimony against them. Rather than simply arguing his case, Phoenix uses detective skills to gather relevant evidence and investigate the crime scene. When he was in grade school, he was accused of stealing Miles Edgeworth's lunch money, and since he was in a small school, there was a class trial. While Wright is surprised, Edgeworth gives the appearance that he knew Larry stole his money all along. While a college student at Ivy University, Phoenix is accused of murder and successfully defended by a defense attorney named Mia Fey, who finds the true culprit to be Phoenix's apparent girlfriend and Mia's first cousin, Dahlia Hawthorne. As the years pass, Phoenix takes on several cases to prove the innocence of those wrongly accused of murder, developing a name and reputation for himself. 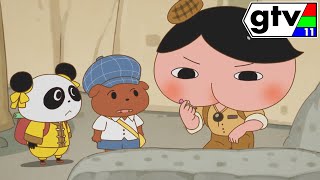 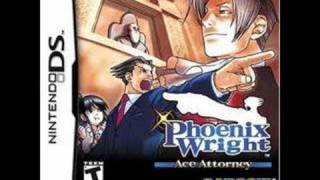