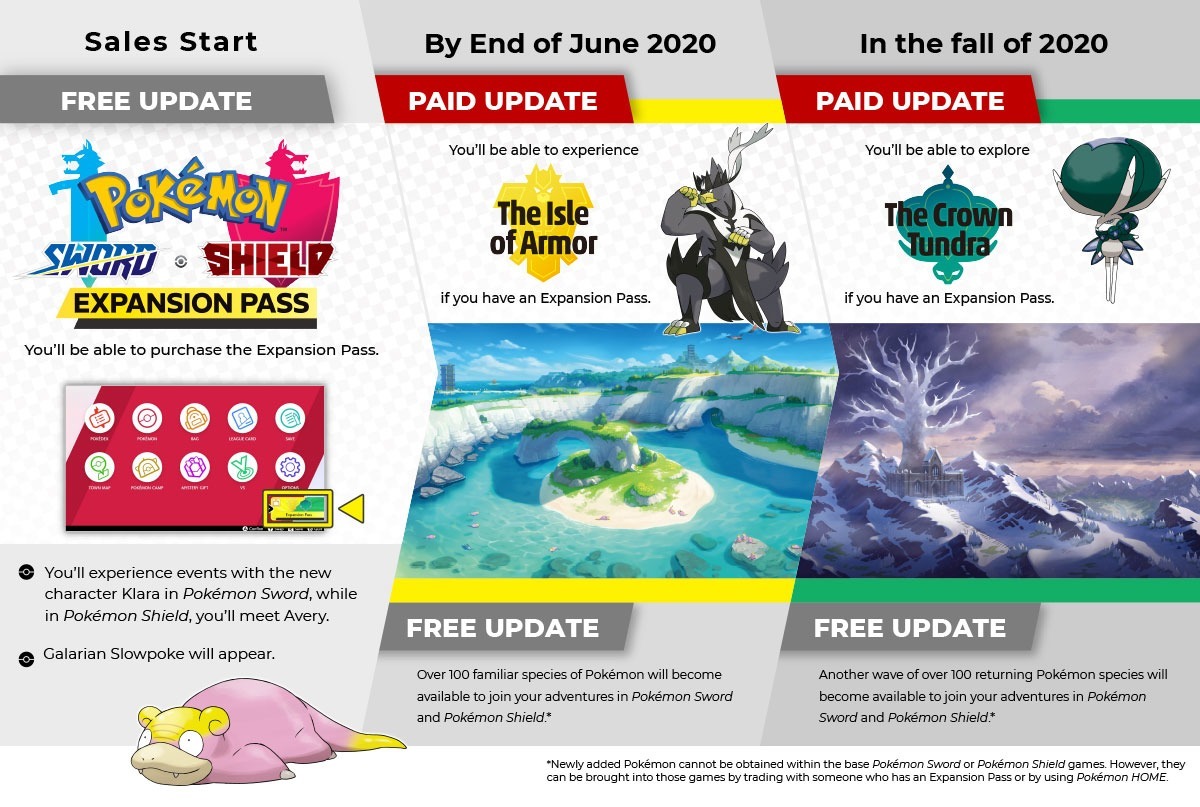 Pokemon Is Bringing Back 200 Pokemon But Youll Pay

When Pokemon Shield and Sword originally released, a large amount of Pokemon was missing from the game. Gamers were upset because this meant you could not bring in Pokemon from previous games because they simply didn't exist in Sword and Shield any longer.

Today, Nintendo and GameFreak have announced that you can pay for 200 additional Pokemon in Sword and Shield. There is no word on pricing yet. However, once you buy the expansion pass, you can have access to those 200 "familiar" Pokemon.

However, you should note the fine print, which says these 200 new Pokemon can't be accessed via the base game. We can only assume that means you won't be finding these 200 Pokemon in the wild and catching them. You'll have to depend on someone who brought in one of these Pokemon or has used Pokemon Home, or buy the pass. There's still no word on what it will cost, or how or where they will show up. An educated guess would be that these new Pokemon will show up in the Wild Area.

You will get access to Klara's story (if you have Sword) and Avery's story (with Shield).