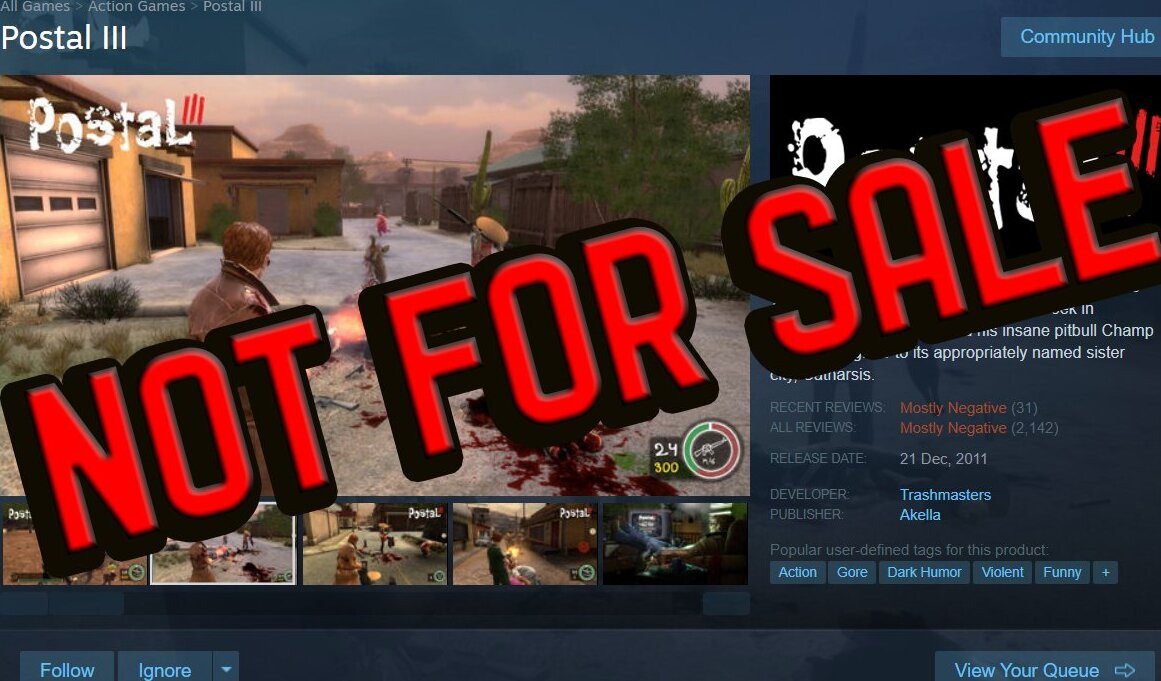 nichegamer.com
The widely-panned sequel Postal 3 has been abruptly removed from sale, and original Postal creators Running With Scissors couldn’t be happier. “With Postal 3’s DRM issues and overall shittiness of the game itself, the game is officially no longer being sold on Steam,” the developer announced on Twitter. They added, “We didn’t have control over the […]

Rate how you feel this post affects Postal 3 to change it score. GameSense.co lets you change video game scores by reacting to how you feel posts affect a game.