Prince Of Persia: The Sands Of Time

The Sands of Time is a reboot of the Prince of Persia series, created by Jordan Mechner. Visiting Azad to present the Sands as a gift to the city's ruler, the Vizier tricks the Prince into releasing the Sands, transforming the city's population into savage monsters. After the initial story draft was scrapped as it was too complex, the team began with four guiding concepts, including the ability to rewind time: this idea grew into the Dagger, the Sands, and the various powers related to them. Its success prompted the development of a sequel, Prince of Persia: Warrior Within, which was released in November 2004. Collecting Sands increases the Prince's power, and drinking from hidden magic fountains increases the Prince's maximum health. During several points in the game, the Prince is assisted by his companion Farah, who fires a bow at enemies, though her arrows can also hit the Prince if he strays into her line of fire. Many puzzles are cooperative, requiring Farah's help to complete them. In combat, the Prince fights monsters created by the Sands infecting the Palace's inhabitants. 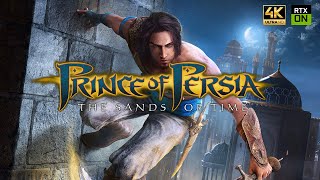 User Posts For: Prince of Persia: The Sands of Time