PlayerUnknown's Battlegrounds Mobile, abbreviated as PUBG Mobile and known as Game for Peace in China, And Battlegrounds Mobile India, BGMI in India is a free-to-play battle royale video game developed by LightSpeed & Quantum Studio, a division of Tencent Games and licensed by Krafton. It is the mobile version port of the original PlayerUnknown's Battlegrounds game developed by PUBG Studios. The game was officially launched on 19 March 2018 for iOS and Android. It was published by multiple publishers in different regions including Krafton, Tencent , VNG Game Publishing and HotCool Games.PUBG Mobile has accumulated 1 billion downloads on Google Play and Apple App Store combined as of March 2021 and grossing over $2.6 billion in 2020, making it the highest-grossing game of the year and bringing its total revenue to $6.2 billion as of August 2021. PUBG Mobile features gameplay similar to that of the original PlayerUnknown's Battlegrounds. Players parachute down to a remote island and fight to remain as the last player standing, competing alone or in teams of four, depending on the gamemode selected before the match. When the plane finishes its flight, a blue border forms around the perimeter of the island is formed, marking the boundary between the safe zone and the exterior blue zone. The safe zone shrinks every few minutes, and anyone left in the blue zone will steadily lose health as long as they remain there, potentially to the point of death. All of these special events, including the normal safe zone shrinking, are announced to the players before they occur to give fair warning. Additional features unique to the mobile version of PUBG include log-in bonuses, missions and micro-goals, crew recruiting, map and compass improvements with larger and clear markers near the teammates, and an auto loot system, as well as an increased number of bots, as The Verge has commented: One major difference from the other versions is the presence of bots, apparently designed to help new players get to grips with the game. As you level up, the ratio of real players to bots increases, and it’s easy to tell the difference — the bots are pretty dumb and don’t put up much of a fight. This might be disappointing to hear for anyone who plays for the first time and is amazed by their own latent skill level, but it’s a clever way to ensure people have a good experience when they first play PUBG. The battle is fought on different islands . There are six maps in the game and they are: According to Tencent, PUBG Mobile was made in four months. Following the Chinese publication deal for the Windows version, Tencent Games and PUBG Corporation additionally announced that they were planning on releasing two mobile versions based on the game in the country. The first, PUBG: Exhilarating Battlefield, is an abridged version of the original game, and was developed by LightSpeed & Quantum Studio, an internal division of Tencent Games. 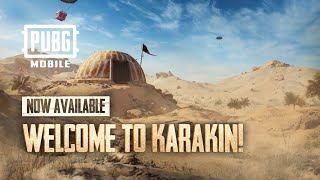 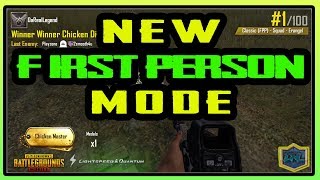 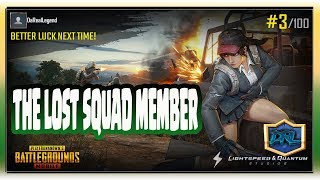 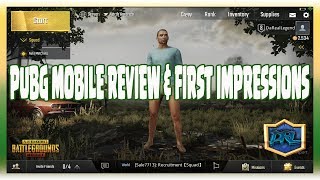