1
Backlog
It was followed by another remake, Resident Evil 3, in 2020.
Posts Ratings Similar List ⋮

It was followed by another remake, Resident Evil 3, in 2020. Resident Evil 2 is a remake of the 1998 game Resident Evil 2 for PlayStation. Unlike the original, which uses tank controls and fixed camera angles, the remake features "over-the-shoulder" third-person shooter gameplay similar to Resident Evil 4 and more recent games in the series that allows players the option to move while using their weapons similar to Resident Evil 6. The assisted and standard difficulty modes deviate from the original by featuring autosaves and allowing players to save as often as they would like inside safe rooms. If the player chooses to play on "Hardcore" difficulty, players will be required to collect and use a finite number of ink ribbons to save the game's progress, much like in the original game. While exploring the police station, players can find and pick up items that can help them survive and escape. Certain enemies must be fought to progress through the game and cannot be avoided. Although Leon and Claire will both start with handguns at the beginning of their scenarios, each has different weapons that can be obtained throughout the game. Sub weapons like knives and grenades can also be found and equipped and used to attack and fend off enemies that grab onto the player. At certain points in each scenario, players will encounter the Tyrant, a Bio-Organic Weapon sent by Umbrella to eliminate all survivors in the police station and will attempt to kill the player when encountered. While players can evade the Tyrant, he will constantly search throughout the station except for safe rooms and certain areas of the police station. As with the 1998 game, the remake of Resident Evil 2 offers the option to play through the main campaign as either Leon S. Depending on the player's choice, the main story will be experienced with variations in subplots, accessible areas, obtainable items, weapons, and the final boss battle. Players control the mysterious Ada Wong in Leon's story, whose segment involves hacking electronic devices, and young girl Sherry Birkin in Claire's story, whose segment centers around stealth. Similar to the "Scenario B" feature of the original game, beating the main campaign for the first time unlocks the option to play through a "2nd Run" as the other protagonist. 2nd Run is a variation of the main campaign that adds additional content to frame the second playthrough as occurring concurrently with the first playthrough. For example, the protagonist in 2nd Run will enter the police station from a different entrance and find several doors already unlocked by the protagonist from the first playthrough. Selecting the "New Game" scenario for the selected character allows players to start with the default item loadout with items they had playing the game for the first time. The remake brings back "The 4th Survivor" and "The Tofu Survivor" minigames present in the 1998 original, which are unlocked after completing the 2nd Run mode. "The 4th Survivor" follows Umbrella Corporation operative Hunk and requires players to travel from the sewers to the outside of the police department while facing a large number of enemies. "The Tofu Survivor" features the same scenario, but replaces Hunk with an anthropomorphic tofu armed only with knives. 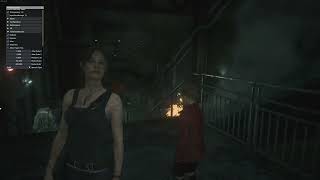 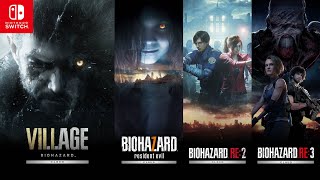 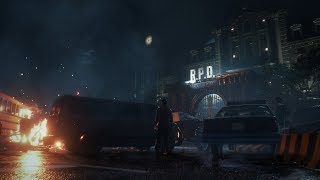