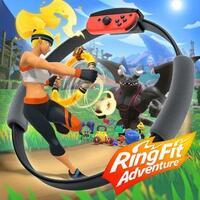 The game comes with two physical components: the Ring-Con, a Pilates ring that the user holds and one Joy-Con slots into, and a Leg Strap, a piece of fabric affixed to the user's leg that holds the other Joy-Con. The game's main mode has the player complete a turn-based role-playing game, where player movements and battle actions are based on performing certain physical activities using the Ring-Con and Leg Strap, with the motion controls within the Joy-Con sensing the player's movement, and a strain sensor in the Ring-Con detecting bending of that accessory. As of June 2021, the game has sold over 11 million copies worldwide, making it one of the best-selling games on the system. Demand for the game increased drastically during 2020, largely due to the COVID-19 pandemic and related closures of gyms and other exercise facilities, causing shortages in many countries. This led to resellers in America selling the game for over $300, up from its retail price of $80. Ring Fit Adventure ships with the Ring-Con and Leg Strap, which have docks to hold the Switch's Joy-Con. Accessories are required to play the game, as the player's interactions with them are tracked by the motion controls built into the Joy-Con. The game's main mode is a role-playing game, in which the player takes the role of a young athlete that meets a sentient Ring, and they team up to take down an evil, bodybuilding dragon named Dragaux. Moving across the game world is similar to a rail shooter; the player moves along a fixed path by running in place, jumps over obstacles by squeezing and releasing the Ring-Con, and can fire projectiles at items by squeezing in the Ring-Con in the target direction. The player attacks the enemies by performing one of about thirty different exercises, with the amount of damage they deal based on how effectively they completed the exercise. When the monsters attack, the player can defend by pressing and holding the Ring-Con into their abdomen for as long as possible during the attack. Exercises are classified by color, each color corresponding to a general part of the body the exercise is geared towards: red for arms, blue for legs, yellow for core muscles and green for yoga positions. Monsters are also marked by colors, and exercises of the same color are more effective against them, but only after that specific ability is unlocked early in the game. In addition to the adventure mode, the game includes a general fitness routine mode that allows one to perform the exercises, assisted by the game, but without the gamification elements. This mode also includes some music from other Nintendo games such as Super Mario Odyssey, The Legend of Zelda: Breath of the Wild, Splatoon 2, and Wii Fit. The game includes the option to enable only quiet exercises to avoid disturbing others nearby. 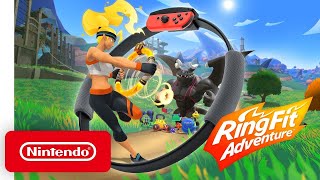 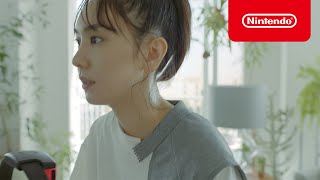 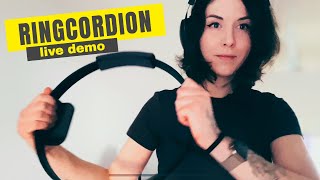 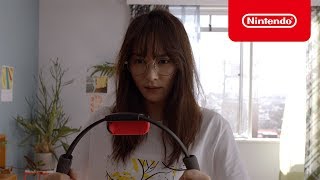 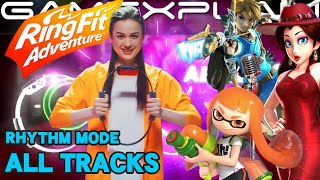 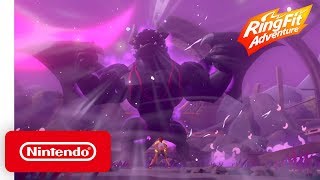