Backlog
Like River City Ransom, the player is free to return to previous areas, but they must complete certain battles and objectives to go to the new locations in their current area.
First Release September 5, 2019
Last Release January 18, 2022
Posts Ratings Similar List ⋮

A spin-off in the Kunio-kun franchise, the game stars Misako and Kyoko who fight their way through enemies and obstacles to rescue their kidnapped boyfriends, series protagonists Kunio and Riki. Like River City Ransom, the player is free to return to previous areas, but they must complete certain battles and objectives to go to the new locations in their current area. In many areas where combat is initiated the first time, chains and a lock will surround the edges of the screen. At this point, the player will be unable to leave the area until all enemies are defeated. There are six bosses in the game; to be able to advance to the next area, the player must defeat the boss of the current area. Defeated enemies drop money for the player to collect, just as in River City Ransom. Money can also be used to purchase new fighting moves from the Dojo to complement the starting basic set. Completion of quests grant experience and money rewards to both characters, ensuring that the one that the player is not using in a single player game does not fall behind in levels or money. The player can choose to either defeat the enemy as normal, or to recruit them. The player can pick up various objects during the game and use them as improvised weapons, but they will break after being used multiple times. If the player loses all their stamina bar and is defeated , the player must restart the current room and lose a portion of their cash on hand, but their health is fully restored. An angel leaving the character's body acts as a timer so that the other player can perform the revival as fast as possible. Once introduced, Kunio-kun character Godai will offer players numerous side quests. 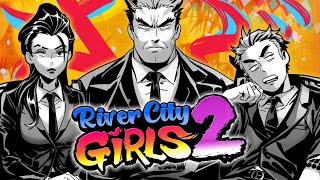