Backlog
RoboCop is a series of video games based on the RoboCop movies that were produced on various platforms by several companies between 1988 and 2014.
Posts Ratings Similar List ⋮

RoboCop is a series of video games based on the RoboCop movies that were produced on various platforms by several companies between 1988 and 2014. RoboCop is a run & gun and beat 'em up hybrid arcade game developed and published by Data East. RoboCop was licensed to Data East by UK-based Ocean Software who in turn had obtained the rights straight from Orion Pictures at the script stage. RoboCop 2 is a side-scrolling platform game developed for Amiga, Amstrad GX4000, Atari ST, Commodore 64, Game Boy, Nintendo Entertainment System, and ZX Spectrum. Ocean Software developed and published several versions, and Data East manufactured an arcade version. RoboCop 3 is a 1991 video game developed by Digital Image Design and published by Ocean for the Amiga. Discovering that one of the foundation technologies for Skynet is the cybernetics technology used in the creation of cyborg police officer RoboCop, Flo, a resistance soldier, is sent back in time to destroy RoboCop and stop Skynet from being built. However, Skynet learns of the time travel attempt and sends Terminators to stop Flo. In the game, the player controls RoboCop, who may move across the screen, jump, fire and exchange weapons. Beginning the game on a mission of law enforcement, RoboCop soon meets up with Flo and must engage in battle against Terminators, the forces of OCP and several obstacles. Upon discovering one of the Terminators has infiltrated the OCP building, RoboCop plugs himself into a console to reprogram the security, only to fall into a trap and be digitized. The game allows the player to play as RoboCop and to uncover a sinister plot involving OCP, local gangsters dealing a deadly new synthetic drug and a powerful cyborg known only as MIND. The game served as a tie-in to the 2014 RoboCop remake film, although it follows a different plot in which RoboCop fights against holographic enemies and robots in a training simulation.RoboCop is played as a third-person shooter. Slide to Play, while praising the game's cover system, was critical of "some of the most aggressive attempts at monetization that we've seen yet," stating that the game's "best weapons are enormously expensive, and some premium weapons cost over $100 in in-app purchases." However, Slide to Play stated that the game was fun by focusing on its progression and action while ignoring the microtransactions.TouchArcade wrote that the game "suffers greatly" from the free-to-play elements, but praised the gameplay, graphics, sounds, and controls, stating that "It's probably one of the more competent Robocop games ever made, actually." Pete Davison of USgamer called it a "technically impressive but shallow, derivative, money-hungry waste of time," stating that, "Being a freemium mobile game, Robocop comes with all the annoyances we've come to expect." Steven Burns of VideoGamer.com considered the game to be boring and repetitive, while stating that the free-to-play aspect "negatively affects what little gameplay is there". Peter Willington of Pocket Gamer praised the game as "quick to understand, and simple to play," but criticized it as repetitive, ultimately calling it "competent but forgettable". 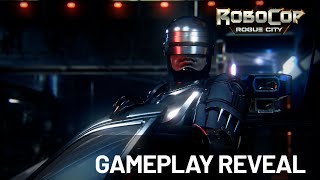