Romancing SaGa is a 1992 role-playing video game developed and published by Square for the Super Famicom. It is the fourth entry in the SaGa series. As with other SaGa titles, there are no experience points and character attributes and skills are dependent on actions taken in battle. Production began in 1990, with Nintendo requesting Square develop a new SaGa entry for the in-production Super Famicom after the success of SaGa titles on the Game Boy. The title "Romancing SaGa" was based on the adventure movie Romancing the Stone. Later versions included cut content and features from later SaGa titles. The PS2 remake sold 500,000 units across Japan and North America, seeing mixed reviews in the West due to its difficulty and art style. Two more Romancing SaGa titles were developed, and gameplay elements from Romancing SaGa would be used in subsequent SaGa titles. Romancing SaGa is a role-playing video game where the player takes on the role of eight different protagonists, playing through their narratives and an overarching story in a nonlinear style. Over the course of the game a party of characters is built up, with some recruitable members being the unchosen protagonists. Progression of the main narrative is based on the number of events the player completes, their current strength, and speaking to certain characters. The party engages the enemy in a preset formation arranged on a 3x3 grid, which impacts both attack range and defence from enemies. Winning the battle also grants the player money, used to buy items and equipment. 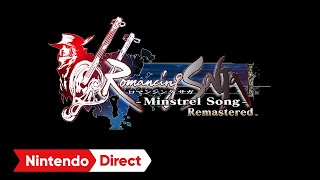 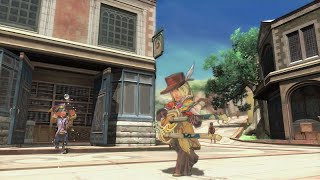