In Rosenkreuzstilette, the player takes control of Spiritia Rosenberg in traditional Mega Man fashion; navigating through enemy and trap laden stages, defeating the stage's boss at the end of each stage (in Rosenkreuzstilette's case, each of Spiritia's fellow Magi in the RKS) to copy their powers and using that very power against a boss who could be weak against it. 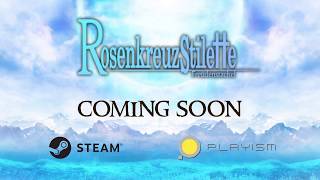