Rumbleverse is an upcoming free-to-play brawler battle royale video game developed by Iron Galaxy and published by Epic Games Publishing. Basic attacks can be blocked, while stronger attacks are unblockable and must be dodged instead. At the beginning of a match, players must explore the city and collect magazines hidden inside boxes that can teach players special moves and takedowns, as well as potions that increase the player's stats such as health, stamina and strength. Only a maximum of 10 potions can be used in a match. Melee weapons, such as baseball bats and chairs, can be picked up and used as weapons against other opponents. Every building in the game is climbable, allowing players to quickly navigate the city or reach strategic positions. As players complete matches and progress in the game, they will earn Fan Mail, an in-game currency which can be used to purchase cosmetic items and outfits for their player avatar. Players can also purchase Brawlla Bills, another type of currency which can be purchased through microtransactions. The game was developed by Iron Galaxy. The idea led to the creation of the timer, which was considered to be "a convenient homage to the wrestling world" by the team. Adam Boyes, the CEO of the studio, described it as "a very important, almost main character" for Rumbleverse, and added that players who are familiar with speedrunning and platform games such as Crash Bandicoot and Mario win a match most frequently as they understand how to navigate the map efficiently. 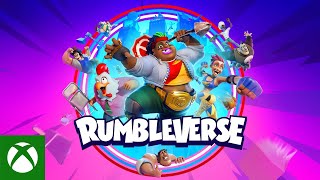 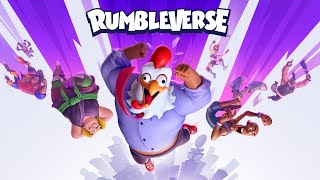 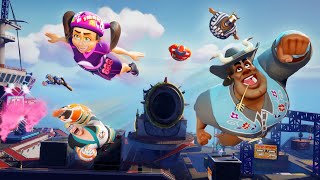 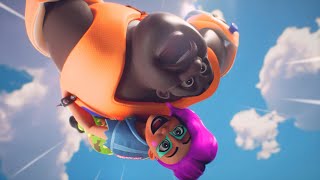