1
Backlog
He is greeted by a girl , and is tasked with raising the town's farm.
Posts Ratings Similar List ⋮

He is greeted by a girl , and is tasked with raising the town's farm. Other changes in the game include: the player can transform into a golden Wooly , plants can be grown underground under a special tree that Micah lives in, villagers can now join you in battle and lend you their skills as battle companions, and the game's new multiplayer mode lets up to three players work together to conquer dungeons with rare items and monsters more interactively than the previous games. Tasked with raising the farm around the massive Sharance Tree, Micah discovers that for reasons unknown the tree has not bloomed for fifty years, and since then the land started decaying. After recovering the ability to transform into a golden wooly, he discovers that he is a half-monster and decides to keep his true nature a secret from the other villagers. He learns that both the villagers and the Univir had a friendly relationship in the past, but since a few decades before, they started to estrange each other. However, Micah eventually gains each faction's trust and manages to have them settle their differences and resume their peaceful coexistence after regaining his memory which was sealed in mysterious orbs and unlocked after defeating bosses and revealing his secret to them. When Micah finally becomes engaged with one of the game's heroines, his bride mysteriously disappears on their wedding day and he sets into a ruin located on the outskirts of the village to find her. Reaching the deepest part of the ruins, Micah is forced to confront Aquaticus, a large water dragon who is keeping his lover imprisoned, claiming that humans and Univir should never become together and he, a half-monster should not marry into neither race. Seeing Micah's determination to fight for his bethroed, Aquaticus reveals that all was part of his plan to have both humans and Univir truly reconciled as only then the Sharance Tree could be fully restored to prevent the world's destruction. 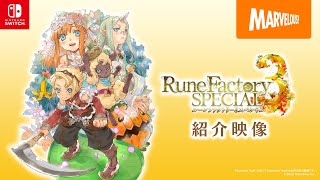 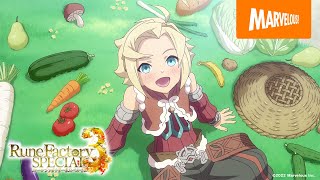