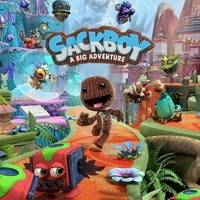 Backlog
He uses the plans to travel all around Craftworld with the help of a elder sackperson, Scarlet and tries to prevent Vex from getting the final materials he needs to finish the Topsy-Turver and take over...
Posts Ratings Similar List ⋮

Sackboy: A Big Adventure is a 2020 platform game developed by Sumo Digital and published by Sony Interactive Entertainment for the PlayStation 4 and the PlayStation 5. A spinoff of the LittleBigPlanet series, it follows Sackboy, and features 3D platforming as opposed to 2.5D in previous entries. All levels contain collectable objects called Dreamer Orbs which must be collected en-masse to progress to the end of the game. Sackboy’s move set is greatly expanded from previous entries and players can now slap at will, roll around, nosedive, pick-up objects and flutter jump, to name a few. Each level in the game employs a series of interactable objects that require at least one of Sackboy’s moves to progress. Sackboy also has access to multiple stages where he can use new powerups. The Grappling Hook, now called the Clawstring, returns from LittleBigPlanet 2, allowing Sackboy to grab onto object from afar, the Whirltool is a boomerang-like device that can be thrown to defeat enemies and break objects and finally the Plasma Pumps allow Sackboy to hover in the air and fire energy blasts. The game does not feature any Create Mode akin to LittleBigPlanet entries, only making certain nods to it through collectables. Players can still customize their Sackboy via ZomZom’s Shop. Costumes created by the player can be saved and are then available to choose when a level is entered. The game is fully playable in both local and online multiplayer allowing up to 4 players to experience the game together. The feature was added in a patch a month later on 17th December. In Craftworld, in the village of Loom, the Sackpeople are enjoying their lives when the villain Vex rips through the sky and begins to suck everything up with his machines in order to enslave the sackpeople to make his Topsy-Turver machine to take over Craftworld with his evil Uproar. Sackboy manages to avoid being enslaved and steals the plans to the Topsy-Turver, escaping into a rocket. He uses the plans to travel all around Craftworld with the help of a elder sackperson, Scarlet and tries to prevent Vex from getting the final materials he needs to finish the Topsy-Turver and take over the world. Sackboy: A Big Adventure was developed by Sumo Digital, who previously developed LittleBigPlanet 3, and published by Sony Interactive Entertainment. It is the most recent installment in the LittleBigPlanet series. The game was announced on June 11, 2020 at the PlayStation 5 reveal event. 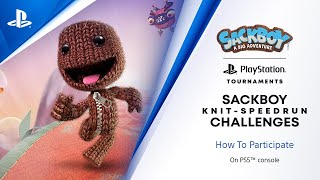 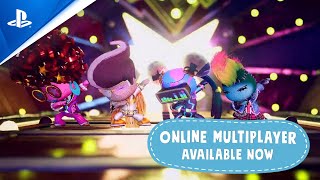 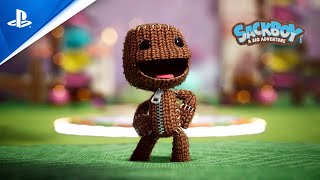