The game received generally positive reviews from critics, with praise for the combat but criticism for its side missions. Scarlet Nexus is an action role-playing game played from a third-person perspective. Players can assume control of either Yuito Sumeragi or Kasane Randall, members of the Other Suppression Force who are tasked to defend New Himuka from creatures known as the Others. While they are equipped with short-range weapons like a sword, both Yuito and Kasane possess the ability of psychokinesis, allowing them to hurl objects and debris at hostile enemies. Each companion has their own unique combat abilities, which can then be acquired by the protagonists through an ability named "brain link". The game is set in both the near future and an alternate reality where humanity has developed technology and formed a society based on the substances found in human brains. The Other Suppression Force recruits members with supernatural abilities to protect humanity from the Others, mindless mutants which descend from the Extinction Belt. Scarlet Nexus was co-developed by Bandai Namco Studios and Tose. Keita Iizuka is the game's producer while Kenji Anabuki served as the game's director, both of whom have worked on the Tales series. Therefore, "objects or persons connected with red lines represent a big part in the visuals and key art" of the game. The game's theme song is "Dream In Drive" by The Oral Cigarettes, who would later on to perform the TV series' opening themes, "Red Criminal" and "MACHINEGUN". On March 18, 2021, an anime television series adaptation produced by Sunrise was announced and licensed by Funimation outside of Asia. Hiroyuki Nishimura is directing the series and Y?ichi Kat?, Toshizo Nemoto and Akiko Inoue are writing the series' scripts, with Nishimura and Yuji Ito designing the characters, and Hironori Anazawa composing the series' music. At any point of a weapon combo, you can press the right trigger to immediately hop back and throw an object, then follow that with a weapon attack that brings you right back into melee range. 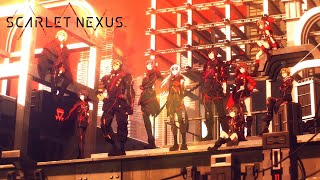 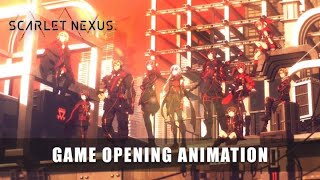 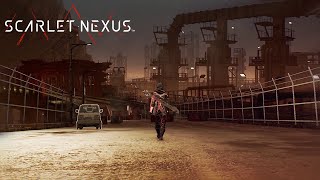 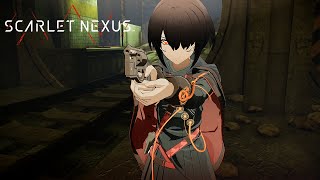 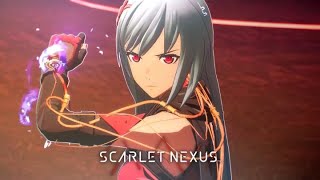 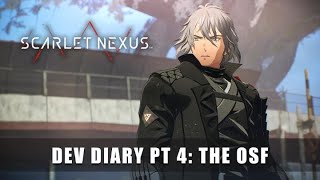 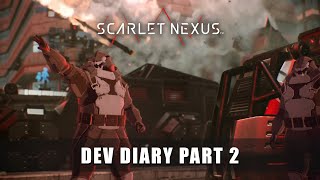 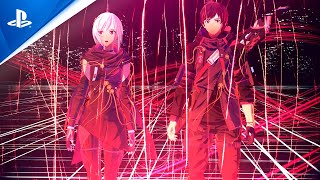 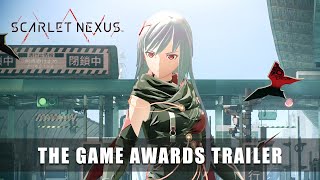