Shantae And The Seven Sirens

1
Backlog
Shantae retains her ability to transform into other creatures, now utilized via an ability called "fusion magic" that allows her to instantly transform and use a creature's ability with a button press instead having to select it like in past games, functioning similarly to the Pirate Gear in Pirate's Curse.
First Release March 28, 2019
Last Release May 28, 2020
Posts Ratings Similar List ⋮

Shantae retains her ability to transform into other creatures, now utilized via an ability called "fusion magic" that allows her to instantly transform and use a creature's ability with a button press instead having to select it like in past games, functioning similarly to the Pirate Gear in Pirate's Curse. A New Game Plus mode allows the player to replay the game with higher magic but lower defense. A free update to the game in November 2020 added four alternate game modes: "Definitive Mode", which features more challenging rebalanced difficulty; "Beginner Mode", which lowers the difficulty suchthat the player cannot lose; "Full Deck Mode", which grants the player all 50 Monster Cards from the beginning of the game; and "Rule Breaker Mode", which removes the limit on how many cards can be equipped at once. The half-genie Shantae and her friends are invited to Paradise Island by the mayor of Arena Town, where a Half-Genie Festival is being held. Determined to uncover the reason for their disappearance, Shantae begins exploring the Sunken City beneath the island in search of the other half-genies. Shantae accuses her of the kidnapping, but Risky refutes her, stating that she is only here to claim a mysterious treasure said to reside beneath the island, and that the others were taken by the true rulers of the island, the Seven Sirens. Shantae continues to explore beneath the island, entering four of the sirens' lairs and defeating the sirens within. She manages to rescue four of the missing half-genies, each of which transfers their magical ability to Shantae to help strengthen her against the sirens. While rescuing Harmony, Shantae discovers that Filin is actually her friend Rottytops. Shantae enters an underground bunker to find her, but inadvertently activates a control panel, realizing that the sunken city is both a giant airship and the treasure that Risky Boots was after. She ventures further inside and rescues Rottytops, who admits she hid in Shantae's luggage and disguised herself after Shantae didn't invite her along, while Shantae explains she only left her out because Rottytops was already hidden and she couldn't find her. As Shantae defeats the fifth siren and they escape, Risky activates the ship and takes off, preparing to activate the ship's weapons and destroy the island. Shantae is teleported above the ship by the friendly sixth siren, Lobster Siren, but is imprisoned by the Mayor, revealed to have been Risky all along. 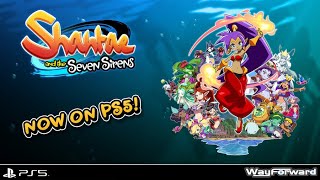 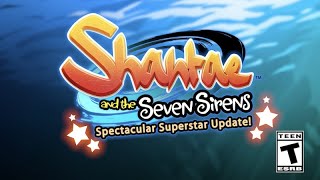 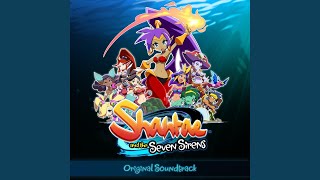 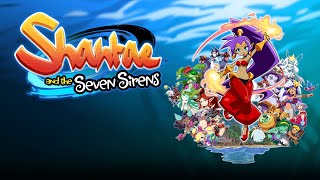 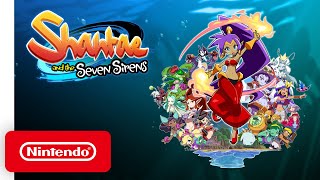 User Posts For: Shantae and the Seven Sirens