It is part of the Shin Megami Tensei series, the central series of the larger Megami Tensei franchise. It is produced by Shin Megami Tensei IV director Kazuyuki Yamai, and is designed as a hybrid between Shin Megami Tensei III: Nocturne and Shin Megami Tensei IV, featuring returning gameplay mechanics such as raising and fusing demons. Shin Megami Tensei V is a role-playing video game that is set in modern-day Tokyo and the Netherworld. It features returning gameplay elements from previous Shin Megami Tensei games, such as the ability to fuse demons, along with new mechanics. The player assumes control of a high-school student who is unexpectedly drawn into investigating rumors about demons appearing in a tunnel with a pair of his other high-school friends. Amidst this meeting, they agree with the group that, in return of returning them to the version of Tokyo they came from, they will cooperate in protecting their version of Tokyo from the war happening in Da'At. While the protagonist gets to keep his newfound powers as the Nahobino, his pair of friends get introduced to the Demon Summoning Program, a program which allows them to summon and battle using demons. As they return to their version of Tokyo, little time passes before the unthinkable happens: the demons from Da'At start invading their Tokyo, and the world they know is now under attack. As the Nahobino, the player will have to ascend to Godhood and claim his throne, while deciding what to save and what to sacrifice in a world without its creator. Shin Megami Tensei V is developed by Atlus, and is produced by Kazuyuki Yamai, who previously directed Shin Megami Tensei IV. One of the development team's goals with the game is to depict and sympathize with modern issues, such as unemployment, unease about retirement, terrorism and nuclear weapons, and home problems. The game is developed as a hybrid between the "profound charm" of Shin Megami Tensei III: Nocturne and the demon-raising gameplay in Shin Megami Tensei IV. The game was developed using the game engine Unreal Engine 4, a first for Atlus; according to Yamai, moving to Unreal Engine 4 changed the way they create games, as the ability to create something and immediately see it within the game allows them to spend more time on trial and error and coming up with ideas. The higher hardware capabilities of the Nintendo Switch meant that the demons in the game took approximately three times as long to develop when compared to previous Shin Megami Tensei games. The game was revealed in January 2017 as part of Nintendo's unveiling of the Nintendo Switch console, in the form of a teaser trailer featuring a destroyed office building and a number of demons. At the time of the announcement, development had just started, and the game was presented as Shin Megami Tensei: Brand New Title; the Shin Megami Tensei V title was announced in October of the same year, to coincide with the 25th anniversary of the original Shin Megami Tensei, along with a new trailer showing a modern-day Tokyo train station and a post-apocalyptic city scene. 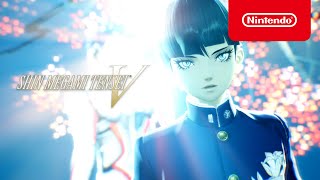 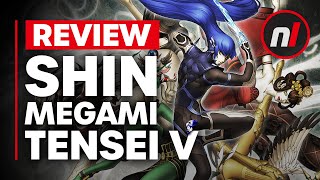 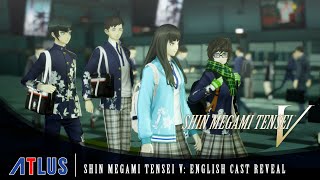 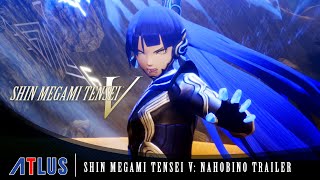 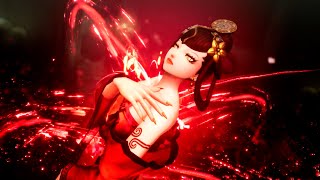 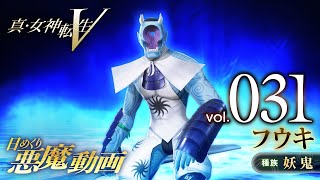 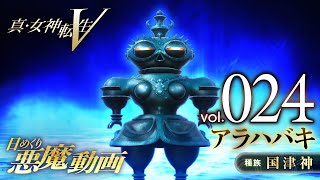 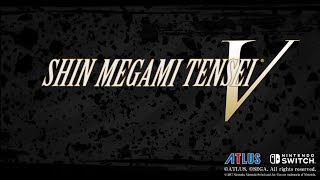 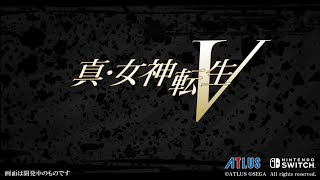