Sins Of A Solar Empire

Sins of a Solar Empire is a 2008 science fiction real-time strategy computer game developed by Ironclad Games and published by Stardock Entertainment for Microsoft Windows operating systems. The game was released on February 4, 2008, receiving positive reviews and multiple awards from the gaming press. Its first content expansion, titled Entrenchment, was released as a download on February 25, 2009, and its second content expansion, titled Diplomacy, was released as a download on February 9, 2010. The playing field is a 3D web of planets and other celestial objects in the orbital plane of one or more stars. Credits are the general currency used by the three races in the game, and are gained by completing missions, collecting bounties, creating a trade network, and taxing planets. Capital Ship Crews and Supply Points are both required for the construction of powerful capital ships; regular capital ships require one crew, while the giant titans in the Rebellion expansion require two. Players can construct planet-based infrastructure upgrades and orbital structures on and around habitable planets that they control. 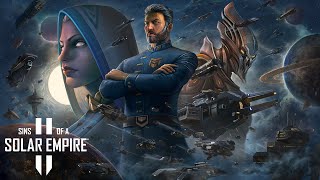 User Posts For: Sins of a Solar Empire