2
Backlog
That was kind of the vision of the game: Control the traversal, the environments that you're moving through, and the spectacle of it all.
First Release December 2, 2021
Last Release December 3, 2021
Posts Ratings Similar List ⋮

That was kind of the vision of the game: Control the traversal, the environments that you're moving through, and the spectacle of it all. Especially the scale on the grandiosity of it just feeling impossibly large and you're feeling really tiny and insignificant in as many ways as possible. The traversal absolutely takes precedence and the combat is kind of intermingled with that traversal." The game was first announced as Solar Ash Kingdom in March 2019 as Heart Machine's follow-up to their 2016 title, Hyper Light Drifter. The game had been in development for some time prior to this, and Preston said "We strive to tell a beautiful story through our world, the atmosphere, our characters and even our gameplay - each aspect of our games are painstakingly considered - which requires a large investment of time". A few weeks before this date, Heart Machine announced a delay until December 2, 2021, stating "We want Solar Ash to shine, and we need a bit more time to get the last pieces of polish and bug fixes into the game, while still navigating this global pandemic as a highly dedicated team." 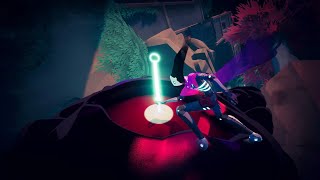 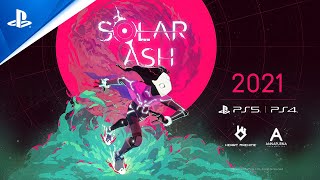 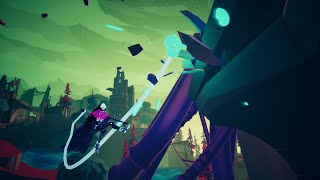