9
Backlog
This includes changing the speed with which several tools and machines will work, the size of the player's inventory, and whether procedural generation will be used .
First Release October 23, 2013
Last Release April 15, 2020
Posts Ratings Similar List ⋮

When creating or editing a world, several advanced options are available to change how the player will interact with the world, and how the worlds will appear. This includes changing the speed with which several tools and machines will work, the size of the player's inventory, and whether procedural generation will be used . This screen consists of a random in-game screenshot as a backdrop, the game's logo, an animated loading icon, and a randomly selected message at the center. Clarke. Once in-game, the player is given control of a single astronaut and a set of tools comprising a drill, a welder, and a grinder . Additional blocks can then be added to this grid to create a structure. Each block takes up a different amount of space, and can serve a structural, functional, interactive, and/or aesthetic purpose. Armor blocks, the most basic and common of all blocks, can be realistically damaged and deformed through collisions or the use of weapons. Some blocks have attached keypads, which can be used to view and manipulate the status of other specific blocks attached to the structure. To be functionally connected however, and to transport materials, blocks called "conveyors" must be used to connect the desired machines. "Functional" blocks require power, which can be provided by solar panels or nuclear reactors attached to the same structure. While reactors must be supplied with uranium, and produce large amounts of power while active, solar panels will continually produce a low output of power when there is line-of-sight to the sun. Once being produced, power is automatically distributed throughout the entire structure and can also be stored in batteries. Three types of structures are available: small ships, large ships, and stations. 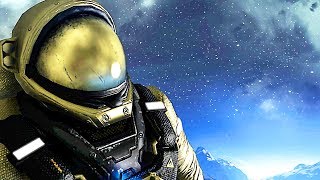