1
Backlog
In the game, the player assumes control of Ana, the daughter of the explorer from the first game, who visits the Moon in order to find her missing parents.
First Release September 29, 2020
Last Release January 13, 2022
Posts Ratings Similar List ⋮

In the game, the player assumes control of Ana, the daughter of the explorer from the first game, who visits the Moon in order to find her missing parents. When Ana dies, she will have to start from the beginning of the game and lose all of her items, and the game is rearranged through procedural generation to present new challenges and paths. The game also supports four-player online multiplayer, with the introduction of both cooperative and competitive multiplayer modes. Derek Yu, the creator of the first game, returned to develop the sequel. He partnered with BlitWorks, the developer of the PlayStation ports of the first game, for the game's programming. Yu needed to outsource the game's development to BlitWorks because of the sequel's larger scope. Yu intentionally ensured that the game would not be radically different from the first Spelunky as he felt that sequels should be "extensions of the previous games", and that fans of the first game would feel like they are playing a "continuation". New features were added to the game, while the original gameplay loop was refined and remixed. To achieve this, he added a lot of lore and backstory for the world and the characters. The story, which focuses on the themes of family and kinship, is mostly delivered through journal articles in the game's world and the Base Camp where Ana can interact with the characters she has encountered during her adventure. Sony Interactive Entertainment announced the game at Paris Games Week in October 2017. Club, William Hughes praised how the game embraced the success of the original game and seamlessly incorporated new features such as the turkey mounting system. 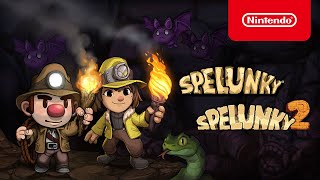 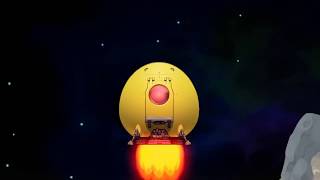 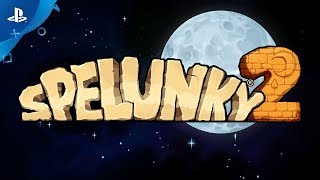