Like its predecessors in the Splatoon series, the game consists of competitive online multiplayer matches alongside a story-driven single-player mode. Returning from the previous game is the ability for players to choose between "Inklings" and "Octolings" as their player character. Inklings also have the ability to morph into squid creatures, referred to in-game as the "Squid Form" which can be used to climb ink-covered walls or swim through ink faster than the humanoid forms can walk. All basic weapons from the prior Splatoon games have been confirmed to return in Splatoon 3. Confirmed by Nintendo to be returning as a playable online multiplayer game mode is Regular Battle, also called Turf War. Each team can cover over an area covered by the opponents with their color in return, and the opposing team's ink slows movement, gradually deals damage and prevents the use of the player's squid form. Each player is equipped with a weapon set, chosen prior to each match, and each set comes with additional secondary and special weapons in addition to its main weapon. Secondary weapons provide alternate forms of attacking the other team and inking the ground; for example, Splat Bombs that explode a second after contact with a surface and Burst Bombs that explode upon impact. Matches last three minutes, and whichever team covers a higher percentage of the field at the end of the match is declared the winner. Also confirmed to be returning from Splatoon 2 is the Salmon Run co-op mode, being titled "Salmon Run: Next Wave". The main hub of Splatoon 3 will be called "Splatsville", nicknamed "the city of chaos", which will be located outside the usual location of "Inkopolis" in a place called the "Splatlands". Similar to the previous games in the series, this game will have a single-player campaign. It was revealed that the story for Splatoon 3 will be titled "Return of the Mammalians" and one of the locations will be called Alterna. 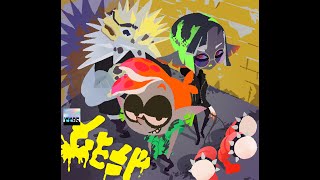 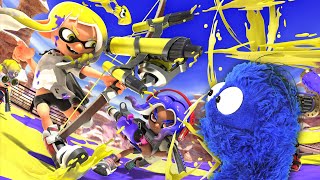 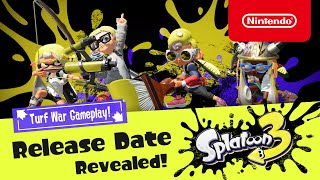 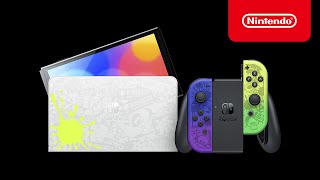 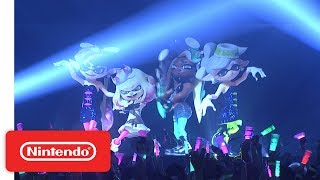 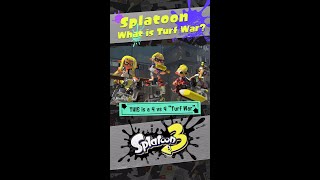 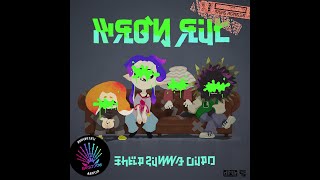 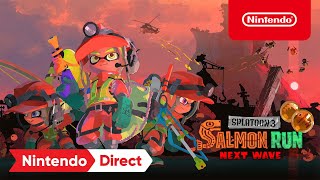 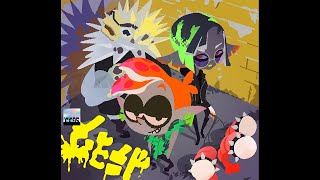