Very few fledgling indie games get the overwhelming community support that Stardew Valley has seen. With a fanbase rivaling Undertale‘s, the game went from a PC-only release to console release (on PlayStation 4 and Xbox One) to Nintendo Switch release, earlier this year. Thankfully, the game’s developer Eric Barone and publisher Chucklefish have pushed out a new update with many anticipated fixes and a popular new Nintendo Switch feature: video recording.

As mentioned above, Stardew Valley was a PC-exclusive indie darling that is a mix between RPG and a farming simulator. The title launched on February 24, 2016 before being ported over to home consoles later that year. Check out the full list of updates, below:
Read More @ www.dualshockers.com
User Sponsored Posts 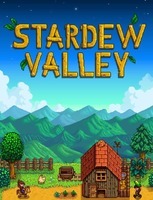