2
Backlog
A sequel to Street Fighter, Street Fighter II improved upon the many concepts introduced in the first game, including the use of command-based special moves and a six-button configuration, while offering players a selection of multiple playable characters, each with their own unique fighting style and special moves.
First Release February 6, 1991
Last Release November 23, 1995
Posts Ratings Similar List ⋮

A sequel to Street Fighter, Street Fighter II improved upon the many concepts introduced in the first game, including the use of command-based special moves and a six-button configuration, while offering players a selection of multiple playable characters, each with their own unique fighting style and special moves. Street Fighter II is credited for starting the fighting game boom during the 1990s. Its success led to the production of several updated versions, each offering additional features and characters over previous versions, as well as many home versions. Some of the home versions of the Street Fighter II games have sold millions of copies, with the SNES port of the first Street Fighter II being Capcom's best-selling consumer game of all-time as of 2008. Street Fighter II follows several of the conventions and rules already established by its original 1987 predecessor. The player engages opponents in one-on-one close quarter combat in a series of best-two-out-of-three matches. The objective of each round is to deplete the opponent's vitality before the timer runs out. If both opponents knock each other out at the same time or the timer runs out with both fighters having an equal amount of vitality left, a "double KO" or "draw game" is declared and additional rounds will be played until sudden death. In the first Street Fighter II, a match could last up to ten rounds if there was no clear winner; this was reduced to four rounds in Champion Edition and onward. If there is no clear winner by the end of the final round, then either the computer-controlled opponent will win by default in a single-player match or both fighters will lose in a 2-player match. After every third match in the single player mode, the player will participate in a "bonus game" for additional points. The bonus games includes (in order) a car-breaking event; a barrel breaking bonus game where the barrels are dropped off from a conveyor belt above the player; and a drum-breaking bonus game where drums are flammable and piled over each other. The bonus games were removed from the arcade version of Super Street Fighter II Turbo. Like in the original, the game's controls uses a configuration of an eight-directional joystick and six attack buttons. The player uses the joystick to jump, crouch and move the character towards or away from the opponent, as well as to guard the character from an opponent's attacks. There are three punch buttons and three kick buttons of differing strength and speed (Light, Medium and Heavy). The player can perform a variety of basic moves in any position, including grabbing/throwing attacks, which were not featured in the original Street Fighter. Like in the original, the player can perform special moves by inputting a combination of directional and button-based commands. Street Fighter II differs from the original due to the selection of multiple playable characters, each with their distinct fighting styles and special moves. Additionally, the player can also "cancel" during animation by performing another move, allowing for a combination of several basic and special moves. Both of these features would be expanded upon in subsequent installments. 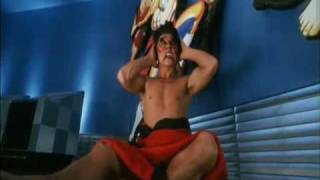 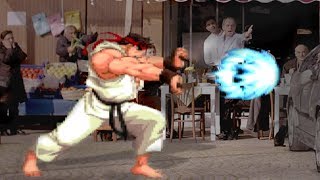 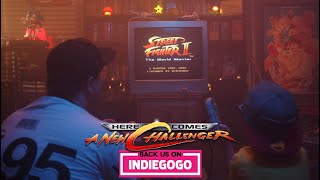 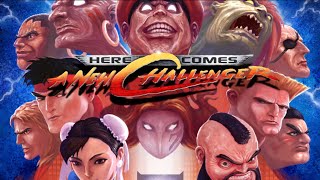 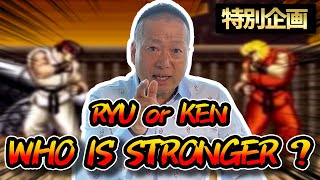