Streets of Rogue is a roguelite video game developed by Matt Dabrowski and published by tinyBuild for Linux, macOS, Microsoft Windows, Nintendo Switch, PlayStation 4, and Xbox One. In order to progress, the players will need to accomplish specific mission goals through the use of special character traits and items. The action is seen from a top-down view, and every level has a different visual theme. The Home Base is the central base of operations of the Resistance, an organisation created to fight against the tyranny of the Mayor of the city. PC Gamer compared it to other roguelikes, celebrating that Streets of Rogue "gives you more freedom than almost any roguelike, and its varied cast of characters, combined with the randomness of traits and mutators, mean no two runs play out the same way." Nintendo Life also compared it to related game genres, explaining that "RPGs are at their best when they give you a world where you can be anyone and do anything so if you want to be a werewolf, or a scientist, or a bartender, then this is the game for you." In 2020, a sequel was announced by Matt Dabrowski. The plan is to build it on the existing code of the original game, and make something that is more open-ended. 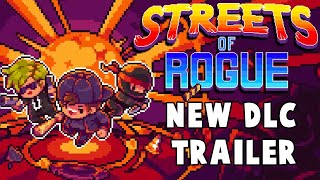 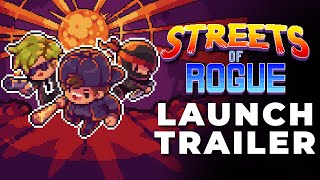 User Posts For: Streets of Rogue