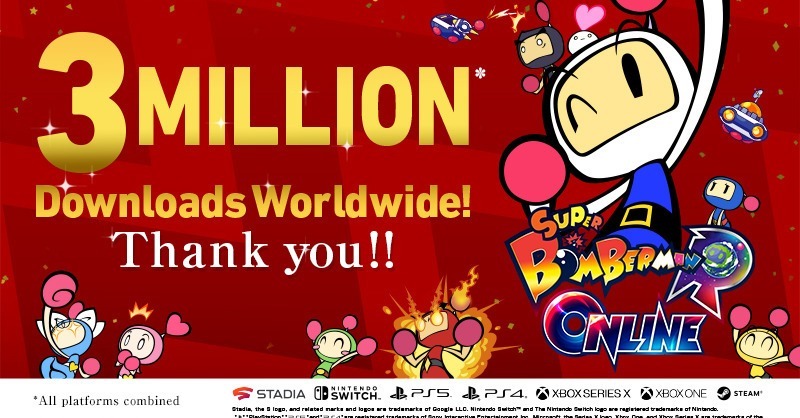 mynintendonews.com
Konami is pleased with the success of Super Bomberman R Online, which is now available on the Nintendo Switch platform via the eShop, as the company has announced that the game has now reached threâ€¦