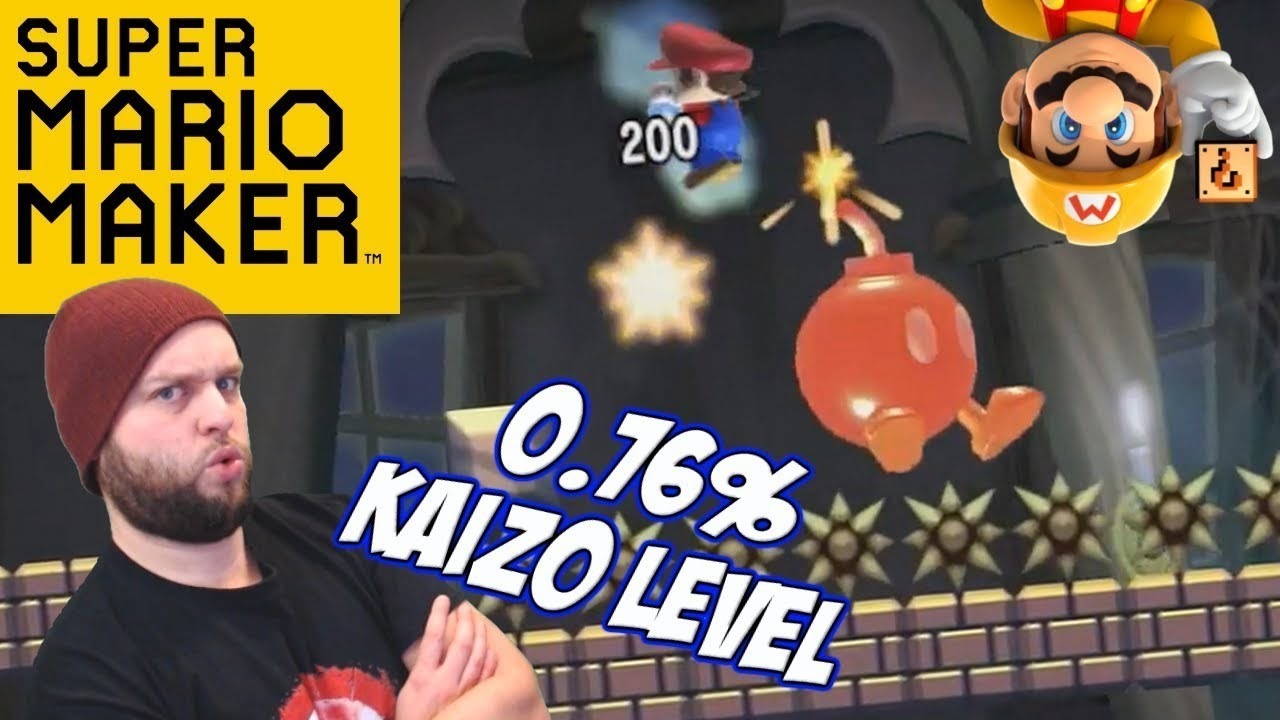 Another 0.76% kaizo level down the drain! Here's the latest stream highlight of Super Mario Maker! Hope you enjoy it!

This level had a couple of tricky jumps and precision in it. The fact that you're always on a P timer is a really cool concept too. The shell jump and bombs juggling at the end killed me too many times though :P

Let me know your thoughts in the comment section below! :-)