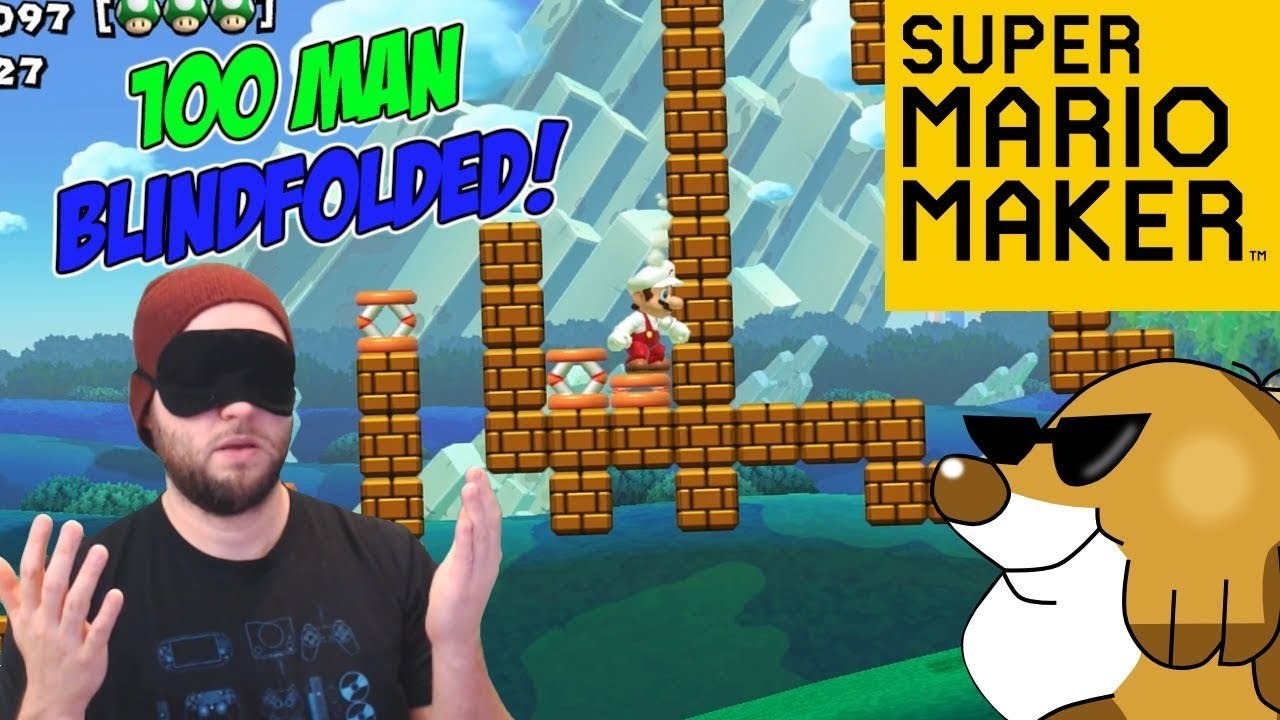 You asked for it and I delivered! Let's try the 100 man blindfolded challenge in Super Mario Maker! Let the madness begins!

Super fun and awesome challenge to do in Super Mario Maker, I didn't expect that! You really have to follow the sounds and memorize the level perfectly. The run was quite forgiving though, so we might try another one soon :-)

Do you want to see more of this? Let me know your thoughts in the comment section below! :-)