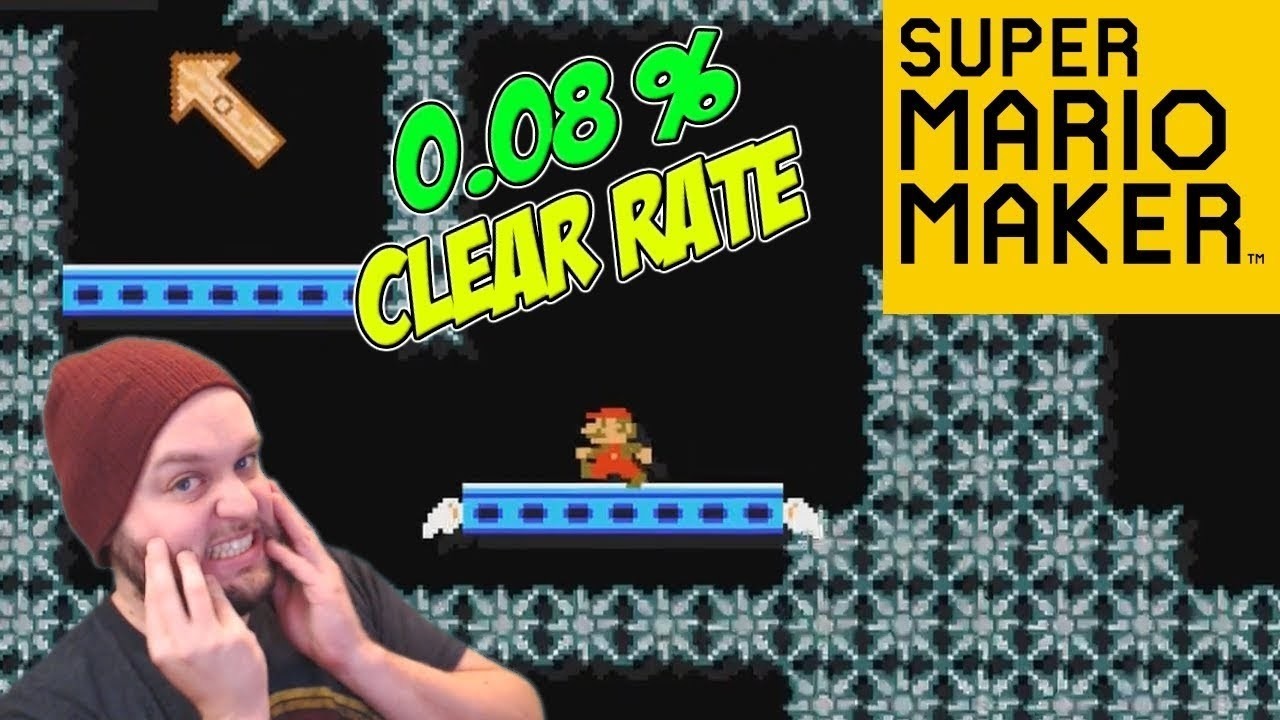 This level is insane! Let's take a look at an absolutely insane 0.08% clear rate precision level in Super Mario Maker! My sanity was affected in this one!

This is by far the lowest clear rate level I've cleared so far in Super Mario Maker. Took me about 1 hour and 30 minutes of non-stop retry. Super proud of this one, hope you'll enjoy it too! :-)