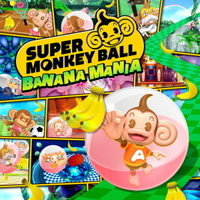 3
Backlog
To do this, the player must tilt the stage to direct the ball's movement, utilizing the game's physics to clear obstacles and avoid falling off the edge.
First Release October 2, 2021
Last Release October 5, 2021
Posts Ratings Similar List ⋮

To do this, the player must tilt the stage to direct the ball's movement, utilizing the game's physics to clear obstacles and avoid falling off the edge. Include "Golden Banana Mode", in which players must collect all the bananas in a stage; "Reverse Mode", in which a stage's starting and goal points swapped; and "Dark Banana Mode", in which players must complete a stage without touching any rotten bananas. Additional characters can be unlocked for use in the main game through the Points Shop; these include Jam from Super Monkey Ball: Step & Roll, Jet from Super Monkey Ball 3D, and several guest characters from other Sega games, including Sonic and Tails from Sonic the Hedgehog, Beat from Jet Set Radio, and Kazuma Kiryu from Yakuza. According to director and producer Masao Shirosaki, they received a lot of feedback from the fans on how they "wanted original Super Monkey Ball and Super Monkey Ball 2 remakes," citing that had it not been for the voices of those fans, Banana Mania would never have come to be. However, the development team did not want to change the structure of stages as they felt returning players might feel it would be an entirely different game from the originals. The game began development around March 2020, and was developed remotely due to the COVID-19 pandemic. The game's theme song, "Hello Banana", was performed by the Banana Fritters, the members of which also voice the game's characters. The game was announced on June 15, 2021, though the game had its title leaked prior to its official announcement. 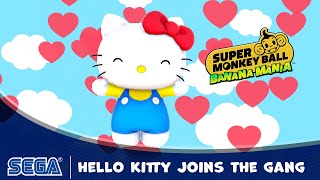 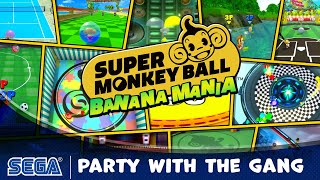 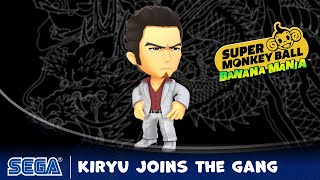 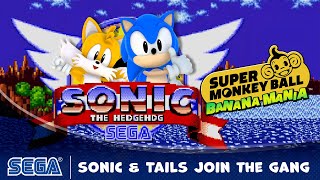 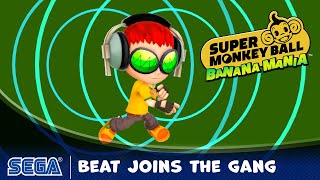 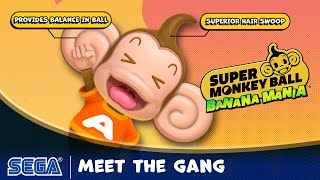 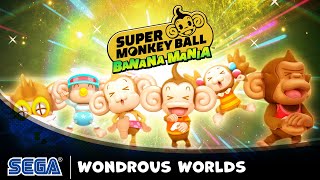 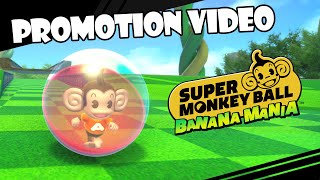