1
Backlog
The game is set aboard a space station in a cyberpunk vision of the year 2072.
Posts Ratings Similar List ⋮

The game is set aboard a space station in a cyberpunk vision of the year 2072. Assuming the role of a nameless security hacker, the player attempts to hinder the plans of a malevolent artificial intelligence called SHODAN. System Shock's 3D engine, physics simulation and complex gameplay have been cited as both innovative and influential. The developers sought to build on the emergent gameplay and immersive environments of their previous games, Ultima Underworld: The Stygian Abyss and Ultima Underworld II: Labyrinth of Worlds, by streamlining their mechanics into a more "integrated whole". Critics praised System Shock and hailed it as a major breakthrough in its genre. The 2000 game Deus Ex and the 2007 game BioShock are spiritual successors to the two games. System Shock takes place from a first-person perspective in a three-dimensional graphical environment. As in Ultima Underworld, the player uses a freely movable mouse cursor to aim weapons, to interact with objects and to manipulate the heads-up display interface. View and posture controls on the HUD allow the player to lean left or right, look up or down, crouch, and crawl. The HUD also features three "multi-function displays", which may be configured to display information such as weapon readouts, an automap and an inventory. The player advances the plot by acquiring log discs and e-mails: the game contains no non-player characters with which to converse. Outside of Cyberspace, the player uses the game's sixteen weapons, of which a maximum of seven may be carried at one time, to combat robots, cyborgs and mutants controlled by SHODAN. Energy weapons and several types of explosives may also be found, with the latter ranging from concussion grenades to land mines. Along with weapons, the player collects items such as dermal patches and first-aid kits. Diego offers to drop all charges against the hacker in exchange for a confidential hacking of SHODAN, the artificial intelligence that controls the station. 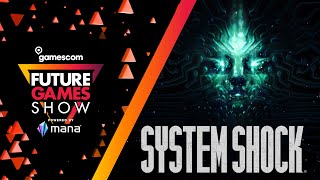 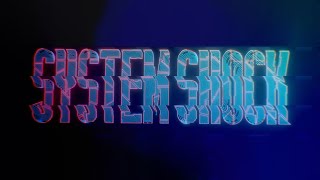