3
Backlog
The game follows a man and a woman from the opposing worlds of Dahna and Rena and their journey to end the Renans' oppression of the Dahnan people.
First Release September 9, 2021
Last Release September 10, 2021
Posts Ratings Similar List ⋮

The game follows a man and a woman from the opposing worlds of Dahna and Rena and their journey to end the Renans' oppression of the Dahnan people. Developed by a team composed of both series veterans and newcomers, the aim was to revitalize the Tales series. Unlike many of the previous titles in the series, the game doesn't feature multiplayer, with the development team deciding to focus on various interactions between characters in combat, including the addition of the "Boost Strike" feature, allowing multiple party members to perform destructive attacks together under certain conditions. Arise takes place in a setting divided between the medieval world of Dahna and the advanced world of Rena. Three centuries ago, the Renans based on Rena's artificial moon Lenegis invaded and conquered Dahna, subsequently enslaving the population and dividing the land into five isolated realms, each ruled by a Lord: The barren and scorching Calaglia, dark and cold Cyslodia, the fertile plains of Elde Menancia, the windy mountains of Mahag Saar and the rainforests of Ganath Haros. Periodically, the "Crown Contest" is held to decide which among the five Lords is chosen to become the next Renan Sovereign, based on the amount of astral energy extracted from Dahna's population and environment stored on the Master Cores in each Lord's possession. The Dahnan resistance against the Renan occupation is currently divided into four independent movements spread across the planet: The "Crimson Crows" from Calaglia, the "Silver Swords" from Cyslodia, the "Gold Dust Cats" from Elde Menancia and the "Dark Wings" from Mahag Saar. The only realm who lacks a resistance cell is Ganath Haros whose Lord subjulgated the entire population, regardless of race. At the realm of Calaglia, a masked Dahnan slave with no memories of his past, nicknamed "Iron Mask", gets himself involved with the Crimson Crows when they rescue a Renan girl called Shionne Vymer Imeris Daymore who is afflicted with a curse that hurts anyone who touches her from imprisonment and that whom he finds familiar. While evading their pursuers, the slave manages to pull a blazing sword from the Master Core in Shionne's possession and use it to repel the Renan forces. As only the slave can wield the sword due to his lack of sense of pain, he and Shionne form an alliance to take down the five Lords and gather the other Master Cores they possess. After liberating Calaglia, Alphen, Shionne and the Crimson Crows' leader Zephyr depart to the realm of Cyslodia, guided by Rinwell, a mage and member of the Silver Swords. Law joins Alphen, Shionne and Rinwell to avenge his father and the four confront and kill Ganabelt. The party then sets to Elde Menancia, a realm whose Lord, Dohalim il Qaras, abolished slavery and encourages Renans and Dahnans to coexist. However, they learn from the dying Migal, leader of the Golden Dust Cats about a plot from Dohalim's aide Kelzalik to drain the astral energy of the Dahnans in secret by poisoning them for his own gains. 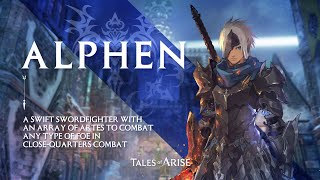 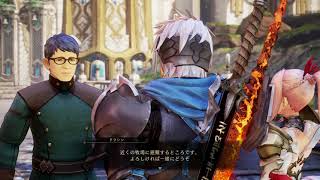 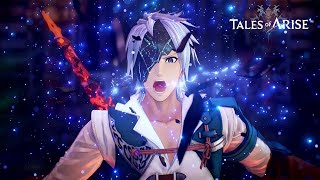 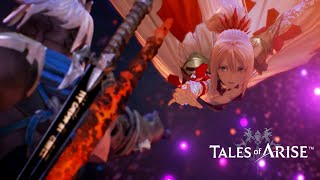 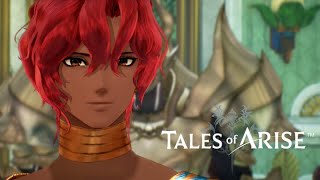 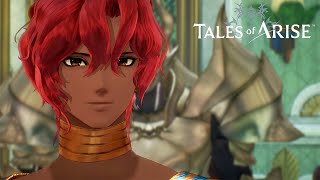 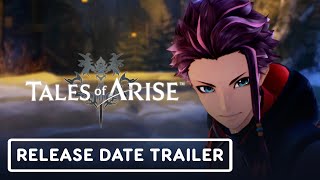 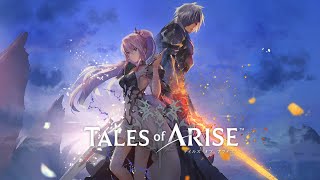 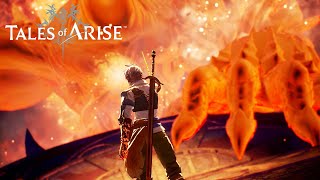 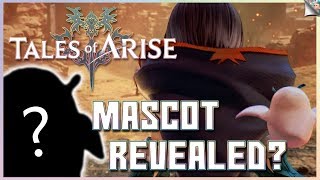 User Posts For: Tales of Arise