Backlog
In its most basic form, the Trebhum is able to gather items with its trunk, run, jump, and roll to move faster, as well as spray water from its trunk or eject items from its inventory.
First Release September 30, 2021
Last Release October 13, 2022
Posts Ratings Similar List ⋮

In its most basic form, the Trebhum is able to gather items with its trunk, run, jump, and roll to move faster, as well as spray water from its trunk or eject items from its inventory. However, as the game progresses, the Trebhum gains access to a collection of various mutations, which are triggered by various items that can be gathered from the environment. A party of Trebhum can have different mutations with different abilities, with the number of maximum Trebhum being able to be upgraded at special Trebhum shrines, at the cost of "crystal dust" a form of currency that can be either found in dust form, or be processed from minerals by Trebhum with the Mineral Processor mutation. Mutations grant the Trebhum a diverse array of capabilities, with leg mutations enabling them to jump higher, run faster or perform attacking stomps, eye mutations allowing them to extend their eyes to see further, find hidden objects or scan enemy creatures to unlock entries on their compendium, trunk mutations allowing them to shoot fire, spray acid or create small tornadoes, skin mutations giving them bioluminescence, spikes to deter predators or produce a malodorous scent, and most significantly, body mutations that allow them to process water from food items, process mineral currency from minerals, and create bombs from their inventories. Mutations require a catalyst and can by removed by some enemies equipped with a yellow light that de-mutates the Trebhum: however, once the mutation tree is unlocked, the Trebhum can access the mutations at will and are no longer affected by the enemies' yellow light. However, while the overall game is generally open-world, the linear progression is enforced by the advancement of the Eternal Cylinder itself. Rows of towers dot the landscape, blocking the Cylinder from moving and projecting a force field that the Trebhum can safely explore. However, once the Trebhum step out of the field, the Cylinder resumes its progression, and gradually accelerates, forcing the player to race to the next set of towers to activate them. If the Cylinder catches up to the players, or if they fail to activate the towers, it results in a game over. Throughout the Trebhum's journey, the events, dialogue and story progression are commentated on by a mysterious Narrator, who not only explains the events to the audience but also acts as a guiding voice within the Trebhum's minds. However, a race of small trunked bipedal creatures, known as the Trebhum, embark on a quest to stop the Cylinder and save their home planet, guided by their unique ability to evolve and mutate to adapt to the various challenges of their hostile environment. The game opens with an unnamed narrator stating that this is not the story of the one, but the many. In the path of the Eternal Cylinder, a lone Trebhum hatches and barely avoids being crushed. After encountering a deceased elder of its kind, the Trebhum activates a nearby set of towers that temporarily halt the advance of the Cylinder. Reaching the edge of a frozen tundra, the Trebhum manage to scale and traverse the cylinder, only to find a lifeless wasteland behind it. The exposed trebhum are soon captured by the Cylinder's greatest servant, the Mathematician, and are transported to the Cylinder's mind, where a voice tries to talk to them. 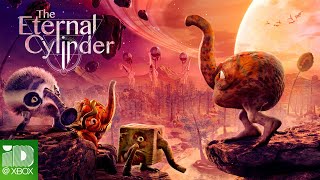 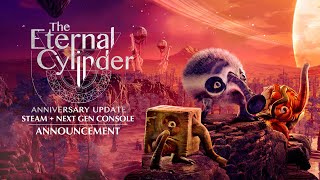 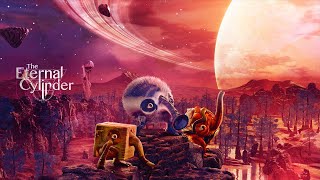 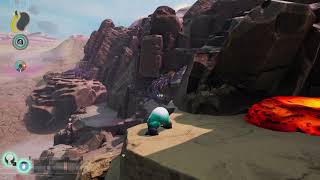 User Posts For: The Eternal Cylinder