The Legend Of Heroes: Kuro No Kiseki

The game is a part of the Trails series, itself a part of the larger The Legend of Heroes franchise, and is the first game in the Kuro no Kiseki story arc. It marks the second half of the Trails series and is the first to be set in the Calvard Republic. In each chapter, the player spends a day in the city of Edith, where he is free to interact with characters and do side missions. While the system does not affect the main story or ending, it unlocks options that allow the player to ally with certain factions at a particular point in the game, triggering unique events and dialogues. The game's combat system is divided into two modes: real-time action battles similar to Falcom's Ys series and traditional turn-based combat featured in the series' past. The game encourages the player to use both modes, which can be freely switched between outside of boss fights, which are exclusively turn-based. Kuro no Kiseki is set in the Calvard Republic in the year 1208. In a corner of the city of Edith, a young man known as Van Arkride works as a Spriggan, which is a mix of a bounty hunter and detective. Kuro no Kiseki is considered to be the start of the second half of the series' narrative, starting the Kuro no Kiseki story arc that currently consists of itself and a sequel, Kuro no Kiseki II – Crimson Sin. 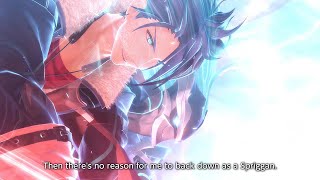 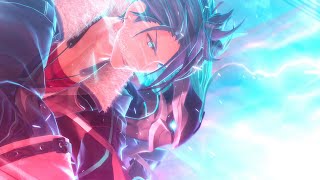 User Posts For: The Legend of Heroes: Kuro no Kiseki