It is the 32nd Disney animated feature film, and the fifth animated film produced during a period known as the Disney Renaissance. The story takes place in a kingdom of lions in Africa and was influenced by the Biblical stories of Joseph and Moses, and William Shakespeare's Hamlet. The Lion King tells the story of Simba , a young lion who is to succeed his father, Mufasa, as King of the Pride Lands; however, after Simba's paternal uncle Scar murders Mufasa to seize the throne, Simba is manipulated into thinking he was responsible and flees into exile. After growing up in the company of the carefree outcasts Timon and Pumbaa, Simba receives valuable perspective from his childhood friend, Nala, and his shaman, Rafiki, before returning to challenge Scar to end his tyranny and take his place in the Circle of Life as the rightful King. Development of The Lion King began in 1988 during a meeting between Jeffrey Katzenberg, Roy E. Some time after the staff traveled to Hell's Gate National Park in Kenya to research the film's setting and animals, Scribner left production, disagreeing with the decision to turn the film into a musical, and was replaced by Minkoff. When Hahn joined the project, he was dissatisfied with the script and the story was promptly rewritten. With an initial worldwide gross of $763 million, it finished its theatrical run as the highest-grossing film of 1994 and the highest-grossing animated film. King Mufasa and Queen Sarabi present their newborn son, Simba, to the gathering animals by Rafiki the mandrill, the kingdom's shaman and advisor. Mufasa shows Simba the Pride Lands and explains to him the responsibilities of kingship and the "circle of life," which connects all living things. Meanwhile, Scar visits the hyenas and convinces them to help him overthrow Mufasa in exchange for hunting rights in the Pride Lands. Scar sets a trap for his brother and nephew, luring Simba into a gorge and having the hyenas drive a large herd of wildebeest into a stampede that will trample him. Scar then convinces Simba that the tragedy was the latter's own fault and advises him to leave the kingdom and never return. Scar tells the pride that the stampede killed Mufasa and Simba and steps forward as the new king, allowing the hyenas' clan to live in the Pride Lands. Timon and Pumbaa, a meerkat and warthog, rescue Simba, who has collapsed in a desert. 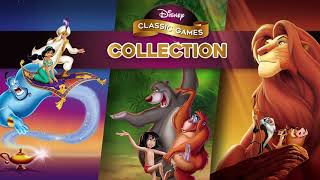 User Posts For: The Lion King