It includes three new active careers; Detective, Doctor and Scientist, as well as the ability to run a retail business. It includes elements from The Sims 2: Open for Business and The Sims 3: Ambitions. Get to Work includes a standalone neighborhood, Magnolia Promenade. Magnolia Promenade is not a full world, and contains four lots, three of which have pre-built stores, and one empty lot that the player can build their own business on. Get to Work also includes a secret lot called "Sixam" , which can be found using the wormhole generator, available at level 10 of the new Scientist career. Sixam is a great place to find some alien friends or find new collectibles. Get to Work introduces brand new active careers, which are the main focus of the expansion. When the player is following a Sim in their workplace, the player is given tasks that are needed to be completed in order to have a promotion. There are three active careers: Detective, Doctor and Scientist. The tasks that are given to the player must be completed successfully in order to gain a promotion and are always special to the career their given in. In the detective career, Sims must solve crimes by going to a crime scene and collecting clues, in order to catch the suspect, with finally interrogating them and putting to jail. In the Doctor career, Sims must cure patients that are gathering up in the lobby by making tests, making a diagnosis after collecting enough evidence of an illness, and later up in the career performing surgeries. In the Scientist career, Sims can create crazy potions, gadgets, and even a wormhole generator that Sims can use to explore Sixam. In Get to Work, Sims can once again have their own retail businesses. 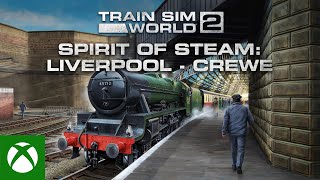