The Tomorrow Children is the story of a future re-imagined from the after-effects of an experiment in 1960s Russia. In an attempt to â€˜sublimeâ€™ the human race by melding all human minds into one global consciousness, the entire human race is decimated by the unsuccessful experiment. They have created you, the player, as a â€˜projection cloneâ€™. Venture into â€˜The Voidâ€™ to reclaim the human race and restore it to its former glory! 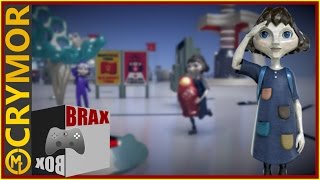 User Posts For: The Tomorrow Children