1
Backlog
After arriving at the penthouse, they are greeted by Darius, along with the faction bosses from the city districts, and are given a key by Darius to the penthouse.
First Release November 17, 2004
Last Release March 11, 2005
Posts Ratings Similar List ⋮

The Urbz: Sims in the City is a video game for the Game Boy Advance, GameCube, PlayStation 2, Xbox, and Nintendo DS. However, will.i.am of the Black Eyed Peas, along with the other members of the band, arrive at the club and help the protagonist enter. After the intro, a few days later the protagonist goes home and is greeted by Will and his friend Darius, who is the most popular person in SimCity. After defeating the villains in the game's districts, the protagonist is asked to come to the penthouse owned by Darius. After arriving at the penthouse, they are greeted by Darius, along with the faction bosses from the city districts, and are given a key by Darius to the penthouse. The protagonist, who recently arrived in the city from Simvalley, is fired after the owner of King Tower sells the tower to Daddy Bigbucks. After a failed attempt to steal a key from Lily Gates, the assistant of Daddy Bigbucks, the player is arrested and taken to jail. After convincing the city sheriff to let the player go, they are put on probation and prohibited from leaving the Urban area of the city. Afterwards, they are knocked off of a ship by Bigbucks and wash up in the Bayou, where the player is mistaken by its inhabitants, The Bayou twins, as a vampire. The player discovers that Daddy Bigbucks has built a time machine to stake a claim to land in the past, so that he will own it in the present. 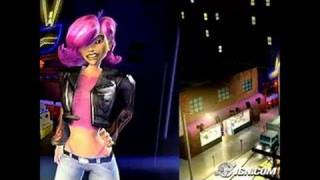 User Posts For: The Urbz