The Warden, published in 1855, is the first book in Anthony Trollope's Chronicles of Barsetshire series of six novels. The Warden concerns Mr Septimus Harding, the meek, elderly warden of Hiram's Hospital and precentor of Barchester Cathedral, in the fictional county of Barsetshire. Mr Harding was appointed to this position through the patronage of his old friend the Bishop of Barchester, who is also the father of Archdeacon Grantly to whom Harding's older daughter, Susan, is married. The story concerns the impact upon Harding and his circle when a zealous young reformer, John Bold, launches a campaign to expose the disparity in the apportionment of the charity's income between its object, the bedesmen, and its officer, Mr Harding. Bold starts a lawsuit and Mr Harding is advised by the indomitable Dr Grantly, his son-in-law, to stand his ground. Bold attempts to enlist the support of the press and engages the interest of The Jupiter whose editor, Tom Towers, pens editorials supporting reform of the charity, and presenting a portrait of Mr Harding as selfish and derelict in his conduct of his office. Ultimately, despite much browbeating by his son-in-law, the Archdeacon, and the legal opinion solicited from the barrister, Sir Abraham Haphazard, Mr Harding concludes that he cannot in good conscience continue to accept such generous remuneration and resigns the office. Those of the bedesmen of the hospital who have allowed their appetite for greater income to estrange them from the warden are reproved by their senior member, Bunce, who has been constantly loyal to Harding whose good care and understanding heart are now lost to them. At the end of the novel the bishop decides that the wardenship of Hiram's Hospital be left vacant, and none of the bedesmen are offered the extra money despite the vacancy of the post. Henry Holloway, a Church reformer and vicar of St Faith's Church, Winchester, into the finances of the Hospital of St Cross, Winchester, and the income derived by the institution's Master, Francis North, 5th Earl of Guilford. 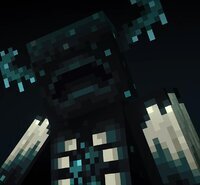 User Posts For: The Warden