The players assume the role of survivors find themselves stranded in the harsh wilderness of Alaska and must work together to stay alive. Funding for the game was secured through a successful Kickstarter campaign in May 2016. Taking inspiration from Diablo, and more modern indie titles, like Donâ€™t Starve, The Wild Eight is based around a team of up to eight players working together to survive after a plane crash. The Wild Eight website mentions that players will have to develop survival skills such as shelter building, and hunting is definitely on the roster . The final game will contain a story driven campaign and quests. It's the first big project for Fntastic and 8 Points from Yakutia, the Sakha Republic, Russian Federation, but the team has some experience in the casual games sector. Fntastic and 8 Points launched a Kickstarter campaign for The Wild Eight to raise $50,000 and build a community around the game. The project was fully funded with 11 days of the campaign to go. Contributions on Indiegogo InDemand following the Kickstarter campaign pushed the final total to over $60,000 by August 2016. 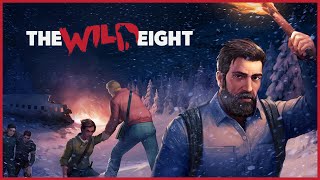 User Posts For: The Wild Eight