The World Ends With You

4
Backlog
By offering their most treasured possession to enter the Game, the dead gain the chance to contest for the prize: to be brought back to life or to transcend to a higher form of spiritual existence.
First Release July 27, 2007
Last Release June 26, 2014
Posts Ratings Similar List ⋮

The battle system utilizes many of the unique features of the Nintendo DS, including combat that takes place on both screens, and attacks performed by certain motions on the touchscreen or by shouting into the microphone. The few common complaints were related to the steep learning curve of the battle system as well as the sometimes imprecise touchscreen controls. While everyday life goes on in the Realground , the chosen dead are brought to an alternate plane of existence called the Underground . By offering their most treasured possession to enter the Game, the dead gain the chance to contest for the prize: to be brought back to life or to transcend to a higher form of spiritual existence. Failure to complete a mission will disperse the mind and spirit of the player or Reaper, thus erasing his or her existence. A player in the UG is invisible to the living in the RG, though one can sometimes read and influence their thoughts. The UG is frequented by creatures called "Noise", which are attracted by the negative feelings of the living. After a day's mission is complete, the remaining players find themselves at the start of the next day's mission, having no sense of the time that has passed in between. The player assumes the role of Neku Sakuraba , an initially antisocial teenage boy who claims he does not "get" people, and rarely interacts with others at first. In the first Game, Neku is paired with Shiki Misaki , a teenage girl who takes on the form of her best friend, as her physical appearance was her price of entry for the Game. For each week of the Game, Game Masters are assigned by the Conductor to lead the opposition to the Players. Participating in the Games with the aim of earning promotions for their performance, the Reapers' goal is to ascend to the highest form of spiritual existence, the Angels. 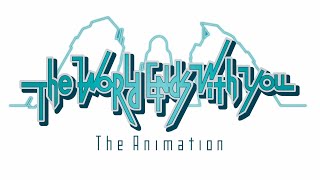 User Posts For: The World Ends With You