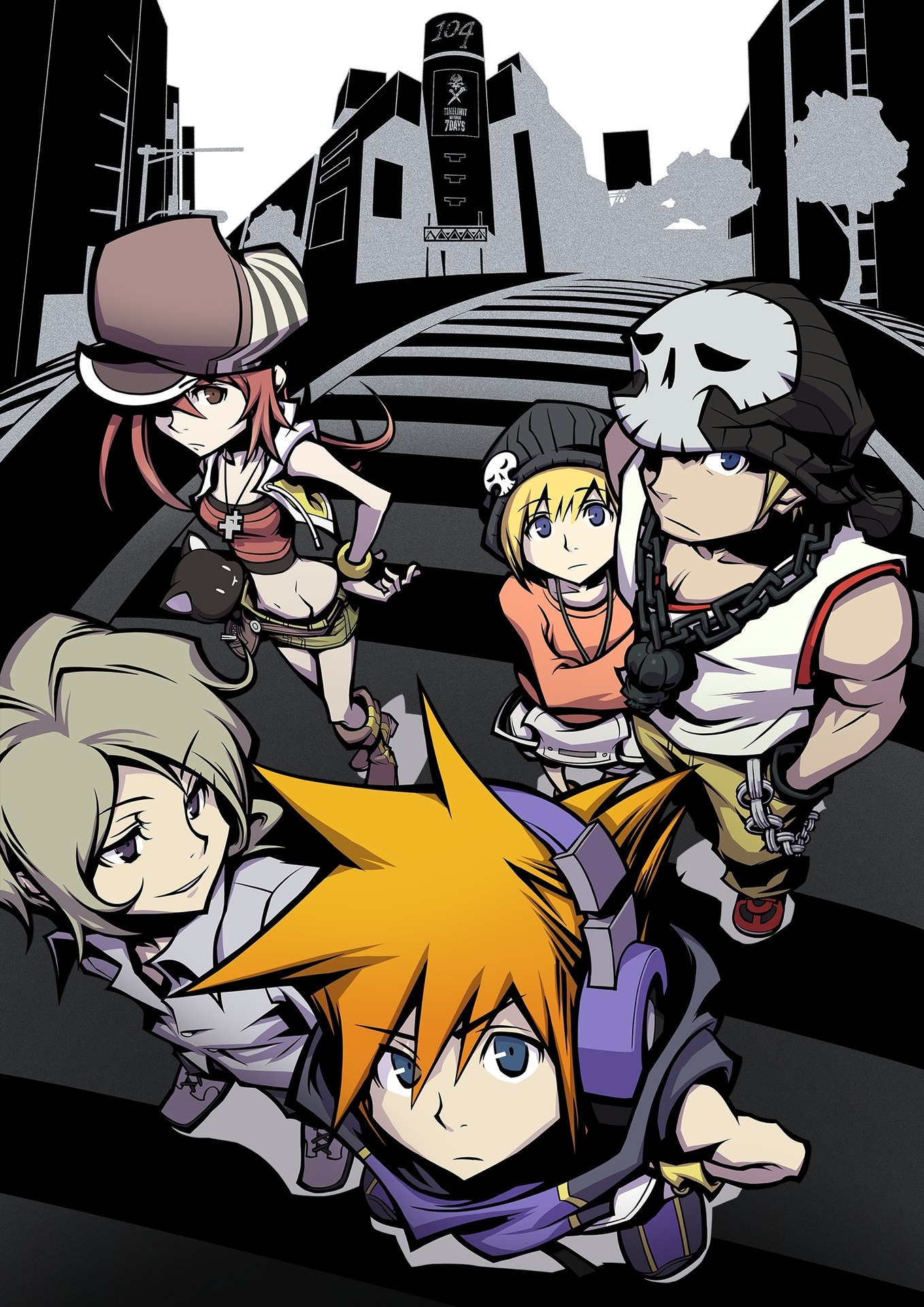 The World Ends With You
3
Backlog

The World Ends With You Review

So, I just finished this game for the first time a few days ago, and boy, do I have a lot to say about it. I'd been interested in The World Ends With You since the announcements of the anime adaptation and sequel a few months later, and I even bought a DS copy online, but circumstances kept me from playing it until about a week or two ago. Keep take mind that there will be some spoilers throughout this autism deep-dive.

For starters, the story was far superior to what it had any right to be, especially given that it was created by Square Enix in the mid-to-late 2000s. While there are some convolutions here and there, most notably in the Secret Reports, the overall narrative structure and thematic elements are surprisingly solid throughout and touch on themes of friendship, trust, existentialism, sacrifice, commercialism, envy, and the value of the human spirit in an easily digestible yet no less compelling manner.
Neku's character growth is by far one of the strongest components of the plot, and the game does an excellent job of balancing off his angry teen attitude and eventually likeable features in such a manner that you end up rooting for the kid. The relationship between him and each of his partners, who do an excellent job of bringing out different elements of his character while dealing with their own issues, contributes to his growth feeling convincing. Shiki's self-image difficulties, Beat's insecurities and troubled home life, and Joshua's terrible loneliness all feel really well-realized and multi-layered. The side characters are also memorable, ranging from a punk rock band who learn to put their differences aside, a surprisingly down-to-earth trendsetting celebrity who refuses to sell out his ideals, a meek, unassuming businessman who quickly lets his success get to his head before it eventually crashes down on his head and he learns to pick himself up again, et cetera. You can modify the difficulty at any moment (a higher leveled one will be unlocked in the post-game), choose your encounters, and even chain together multiple opponent rounds for a greater challenge and better item/pin rewards. You can also lower your own level/HP for better drop rates and a greater challenge. My only real gripes with some of the mechanics are that certain boss attacks aren't telegraphed or blockable enough (Uzuki, possessed Shiki, and Sho come to mind), Mingle can be frustrating at times, and food boosts might possibly make you too powerful. Despite these flaws, I actually enjoyed the fight system, which quickly became one of my favorites.

The presentation comes next, and while the game does not necessarily push the graphical hardware to its limits, it more than compensates in elegance. Character designs are strong, distinctive, and highly stylized, and they tell you a lot about a character before they ever say anything, which, in my opinion, is the mark of a great design. Spritework is detailed across both the playable characters and opponent lineups, and the Noise's tattoo limb aesthetics assist to set them apart from your standard JRPG opponent encounters. However, there could be less recolors. The soundtrack is great and does an excellent job at both selling the game's design and making combat and travelling the overworld feel less repetitive due to the music changing after each encounter, as well as covering a wide range of genres. I especially like how you'd get a new set of tracks every week throughout the game and how they'd reflect the tone, with Shiki getting poppy, techno tracks with feminine and romantic vocals, Joshua getting cool-headed rap and instrumental beats that give off a sense of superiority and chill vibes, and Beat getting loud and passionate rock and rap tracks that fit the chaotic and frantic naruto atmosphere. To make matters even better, the soundtrack perfectly complements the game's themes and messaging. Mechanically, it only adds a lot of diversity to the game, but the subtext is that no matter what you do, other people will impact you in some way. Their beliefs and ideas will find their way into your environment, but it is ultimately up to you to determine how to act on them.

The next thing I'd like to discuss is the game's tremendous abundance of spirit and small nuances. Trends in Shibuya come and go, therefore the game will have NPCs wearing the most popular brand in a sector of the city suddenly flood the region, and this will fluctuate depending on the brands you wear in combat. You can read NPCs' brains, and their ideas alter depending on what is going on in the story at the time, with some of the ideas even holding their own mini-arcs that advance after each week. Party conversation with your partners changes depending on what's going on in the tale at the time, with some of them being enjoyable, optional dialogue moments that help create the characters and their interactions.

Shopkeepers each have their own distinct design and unlock extra speech the more you buy from them, leading to some of them falling in love with you. You can purchase the music in-game and change the tracks to any of your favorites from the pause menu. Each item and piece of equipment has its own descriptive blurb, with some even including additional worldbuilding information. Each Noise is called after a musical word, and each pin has its own distinct artwork and look. Characters all have favorite and disliked foods and will use different voice lines depending on what you've just fed them. All of these small details, and more, give The World Ends With You a sense of personality and charm that only a few games can claim, and make Shibuya feel alive and vibrant while being on a tiny handheld device.

Finally, there's the game's massive amount of content. Secret Reports for you to collect to heavily expand upon the game's world and lore and builds a complex cosmology with far more going on than what appears to be on the surface, an extra parody chapter that revolves around the game's main minigame that unabashedly rips the piss out of itself and even contains additional story details for the main game, and the ability to go back to any chapter within the game. You may even swap between partners in each chapter, which is a fantastic feature.
Overall, while The World Ends With You isn't a perfect game (Higashizawa and Rhyme could've used more screentime, pin evolution could've been more intuitive, less enemy recolors, more easily telegraphed boss attacks to make no damage achievements less hellish, and so on), it's one of the most memorable and enjoyable game experiences I've had in a long time. I'm curious to see what NEO The World Ends With You brings to the table, and I hope it can achieve even a quarter of what made the original so fantastic. Rate how you feel this post affects The World Ends With You to change it score. GameSense.co lets you change video game scores by reacting to how you feel posts affect a game.