2
Backlog
There is a rising tide of fear in The City. Hatred saturates every stone and whilst the rich prosper, the less fortunate face misery and repression. Ravaged with sickness and famine, they wait for something to change. Into this shadowy world steps Garrett, THE master thief in Thief, a reinvention of a franchise that helped define an entire genre of games. This first-person adventure features intelligent design that allows players to take full control, with freedom to choose their path through the game's levels and how they approach and overcome each challenge.. It is a revival of the cult classic Thief video game series of which it is the fourth installment. Initially announced in 2009 as Thief 4, it was later announced in 2013 that the game is a reboot for the series.
First Release February 25, 2014
Last Release February 28, 2014
Posts Ratings Similar List ⋮ 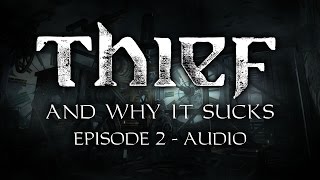