To the Moon is a psychological dramaadventure game developed and published by Freebird Games. The game features relatively few gameplay mechanics, with the player controlling the two doctors, exploring the narrative and solving puzzles as they try to reconstruct the dying man's memories in order to fulfill his wish. The game was designed by Kan Gao using the RPG Maker XP toolkit. The game was updated later to include free downloadable content called "minisodes" to give more context to the main characters, such as 2014's A Bird Story. While criticized for lacking much gameplay, To the Moon received praise for its narrative and music, thematic material and emotional power, with some considering it a leading example of artistic expression in video games, and was nominated for several awards. An animated film adaptation is in development, partially scripted and supervised by Gao. To the Moon is built on the RPG Maker XP engine, which is used to create 16-bit 2D role-playing games, in the style of Dragon Quest or Final Fantasy. The game's focus, being a more story-driven game, is around puzzle solving, interpreting information from the subject's life, and finding ways to get deeper into his memories. Gameplay is primarily about exploring Johnny's memories to find significant objects and collect energy from them to strengthen the memory and connect to a more distant one, from Johnny's old age leading back to his childhood. Occasionally, the player will have to explore Johnny's house and the surrounding area for certain clues, if they cannot gather enough energy from a certain memory, or don't know how to proceed to a further one. Once the items are all gathered and the player has seen all the memories, they can connect certain objects that exist across two different memories to move freely between them. At this point, the player can begin manipulating the memories, by changing around characters, objects and events, to make Johnny believe he had achieved his dream of going to the Moon. Sigmund Corp. uses a technology that can create artificial memories. Since these artificial memories conflict with the patient's real memories, the procedure is only legal to do on comatose patients without much time left to live. Neil Watts are contracted with fulfilling the wish of the dying Johnny Wyles. Johnny wants to go to the Moon, but is unable to state why. 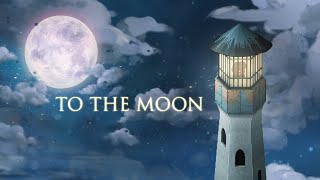 User Posts For: To the Moon