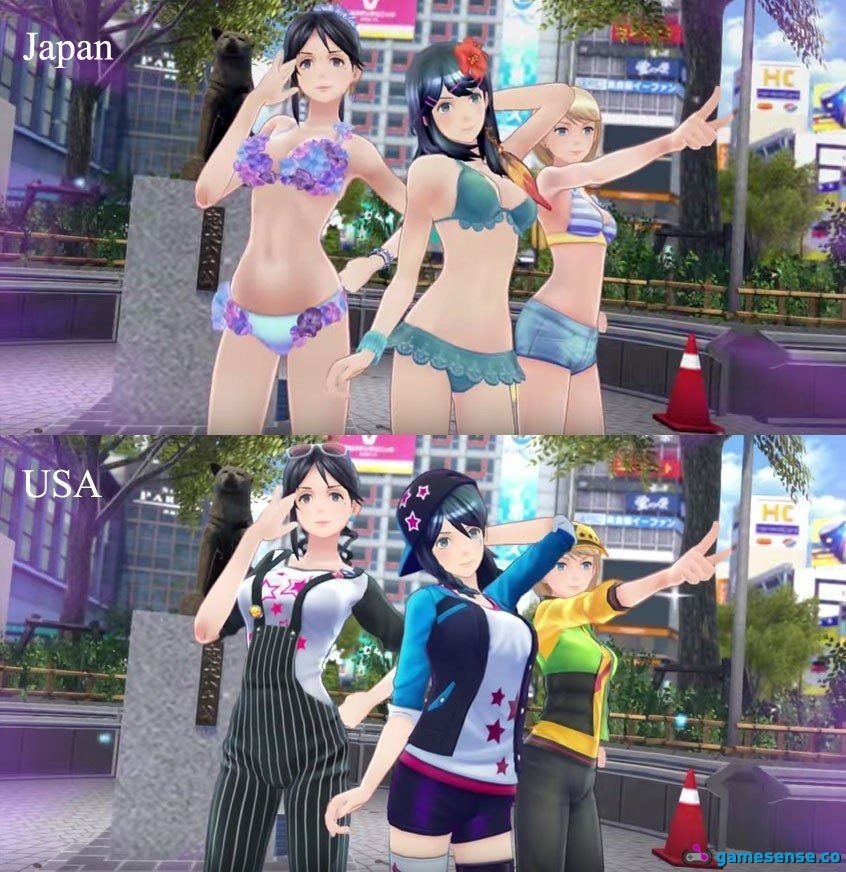 No swimsuits, replaced with standard outfits

0
More massively edited outfits. The quality of these edits look a little bit better than the the other ones, specially the wedding dress, but they're still awful. Look at how out of place the hat looks on the middle girl.

This game is shaping up to be just like xenoblade chronicles x, where it's localized and edited for a younger market, but the gameplay and concepts in the game are for more mature people.

I imagine these edits are going to turn a lot of older anime fans off from the game. And rightly so, specially knowing that the game is supposed to revolve around Japanese pop idols and they're being massively changed. People are coming to this game for the Japanese influences. And they're being replaced with outfits that cover up everything.